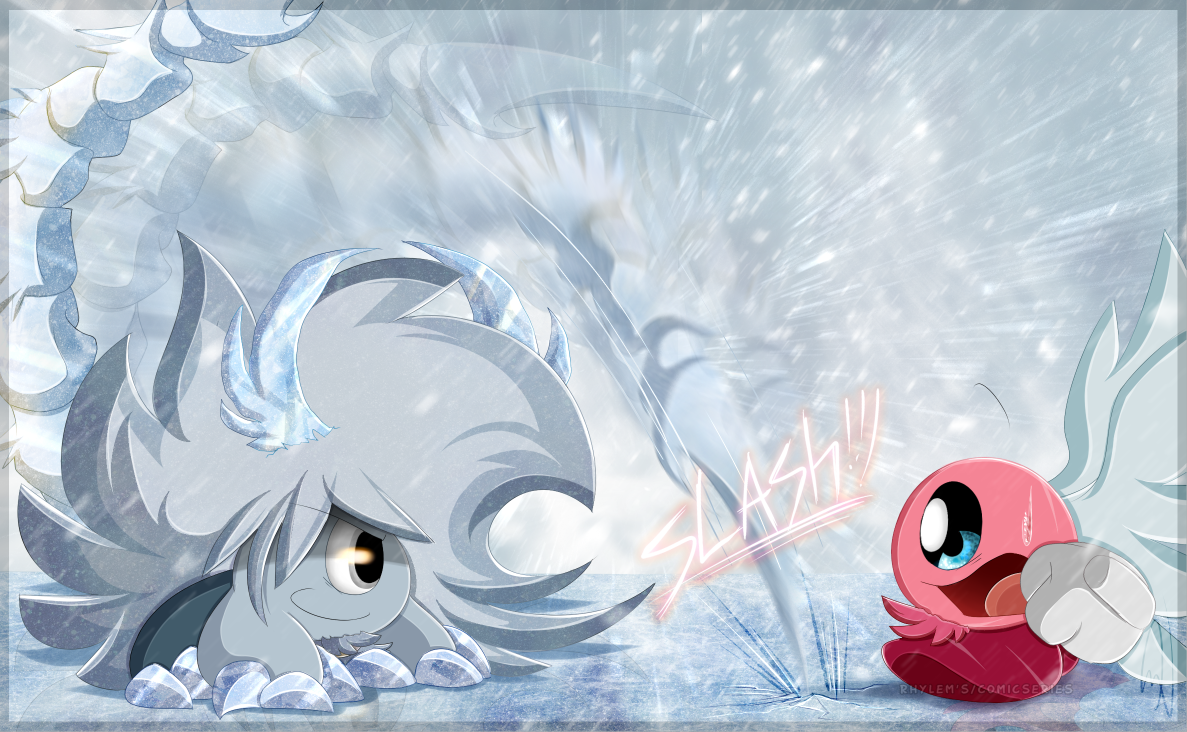 SILLY SUPER FLOOFY SHENANIGANS WITH RUPION AND TULAAAAAA!!! 8D I prooooobably should've changed what Tula said. She usually calls him "Ru-Ru" when she's being flattered in such a way. XDD

Heheh~ I love drawing them so much~!!! During a little spar between him and Kirby, Rupion noticed Tula cheering for them, and just HAD to pause the battle for a moment to give his precious little frozen plum queen some snuggles. It doesn't look like Kirby approves. XDDD

Also, small fyi- Tula swaps out her piercings depending on where she's staying at. In Kalmari Town it's metal, BUT if it's in South Nova where everything freezes over, she'll change them to ivory. Rupion made them especially for her since he knows she prefers wearing them.  >v<
Species © Nintendo/ HAL Laboratory
Interpreted characters created from said species © Rhylem