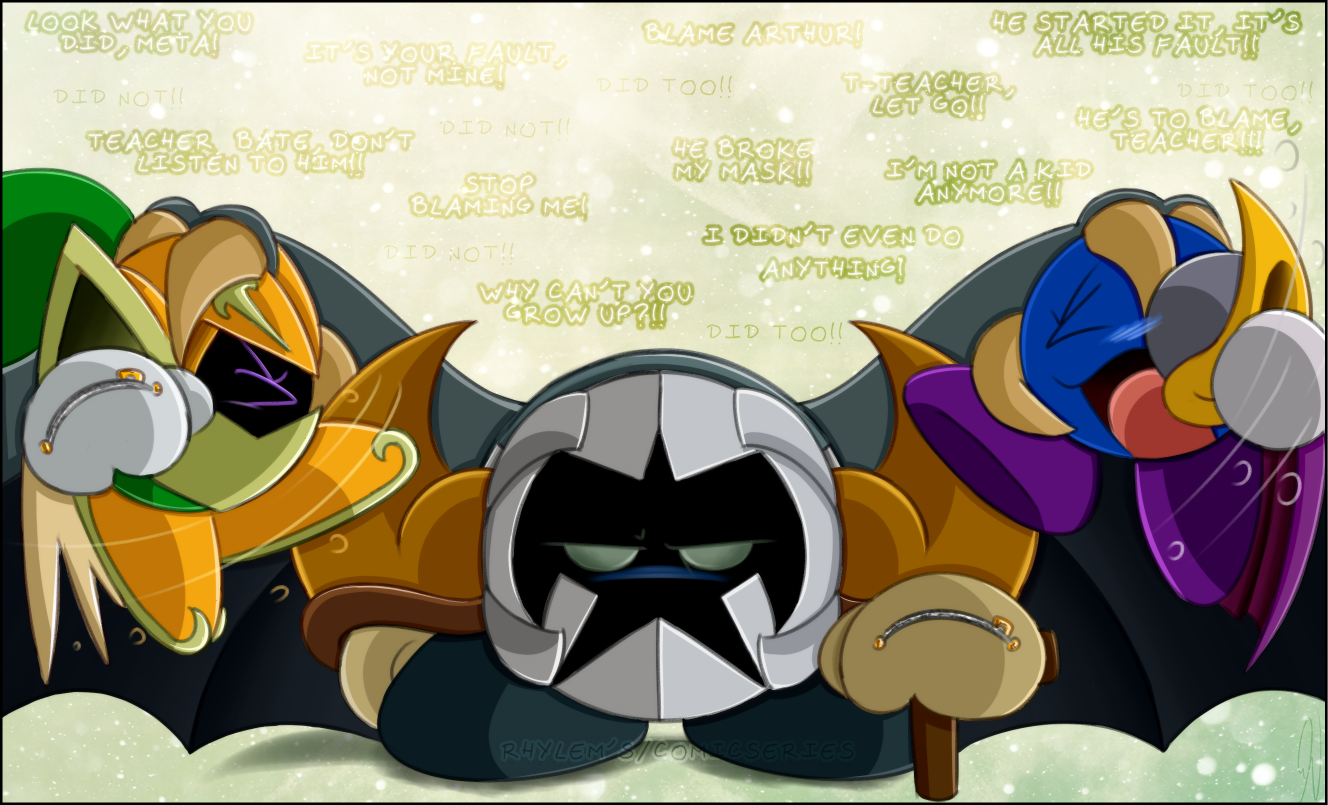 Meta shouted as he struggled in his teachers powerful vice grip. Bate slightly grunted when Meta hit the side of head with his foot during the struggle. He kept a firm grip on both Puffballs and started to grit his teeth when none let up.

“Both of you need to calm down and stop acting like children!!” Bate shouted, his temper now reaching his boiling point. “You two should’ve outgrown this immature behavior by now! I shouldn’t have to play peacekeeper just because one of you decides to act stupid!”

“Tell that to Arthur!” Meta angrily pointed to the green Puffball across from him. “He started it!"

Even after all these years those two still don’t know how to settle a simple argument without having their teacher separate them. >A<;