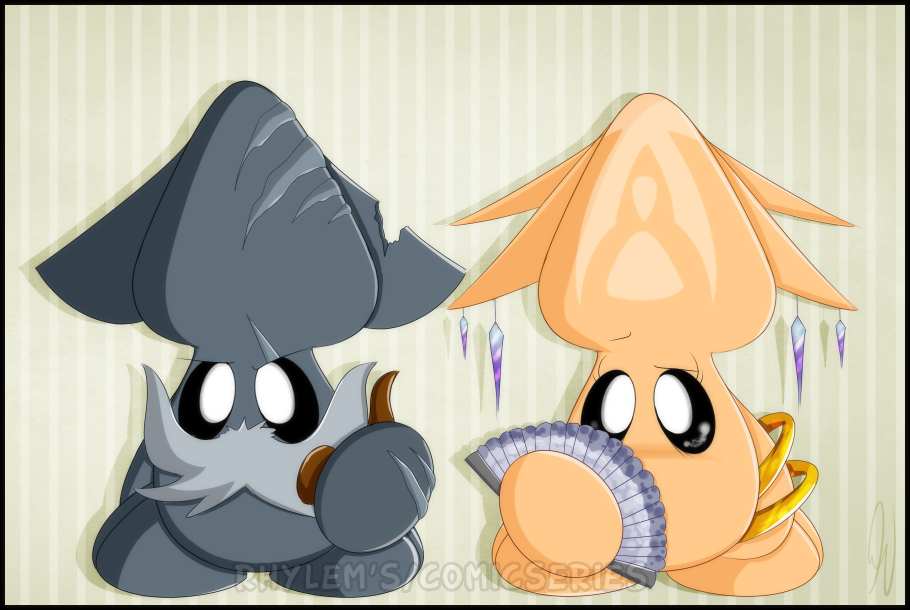 ​
“Oh my, what a dear shame. Why didn’t you pick that other nice looking boy you used to hang out with? What was his name....Oh, yes! Elliot!”

Both of them are extremely conservative. They hold on to the belief of only being around their own species, and will frown upon anyone of another kind. So when the two found out their precious daughter fell in love with Bate....yeahhhhh, the outcome was not a sight to behold.


Les Calder, Ellie’s father, despises Bate with a passion. He hates the thought of her daughter loving another kind and dreads the day of them actually getting married. Though he’s not fond of his type, that’s not why he’s so urked when he first met him. Probably the biggest reason he doesn’t like Bate is because he’s unable to smoke within a football fields length next to him without upsetting her daughter. Ellie absolutely forbids it when they come to visit, and he’s grown to loath Bate because of it. But really, that doesn’t stop Les from doing it when Ellie’s not around.

He will often belittle Bate- telling him he’s not suited to marry his daughter and that he should go back to whatever hole he crawled out of.  Les is even known to sink lower and bring up Bate’s family- saying it was a good choice for his parents to have abandoned someone like him (Which greatly hurt and angered Bate) During this time, Les sees no reason to accept Bate into his life and doesn’t see him as his soon to be son in law. While he still loves Ellie greatly, he thinks she’s making a huge mistake.


Callan Calder, Ellie’s mother, isn’t as…loud and expressive like her husband. Nonetheless, she doesn’t prefer Bate as Ellie’s pick and thinks her daughter would be better off with Elliot. She tries to see the best in the situation, but tends to be on the quiet side and let Les do all the talking.


Bate.....well, he’s just absolutely mortified by the situation. He’s trying to impress her parents, but failing half the time due to his constant nervousness. He keeps quiet and makes sure to stick with Ellie when they’re around. Bate isn’t sure if those two will ever accept them into their lives, but as long as they allow him to marry their daughter, he doesn't have a care in the world if they accept him or not.