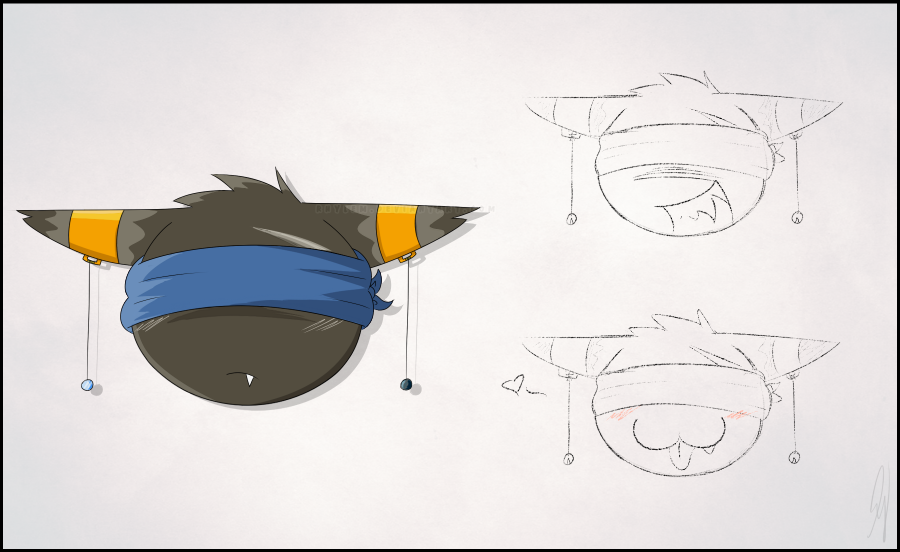 Justice was born and raised in Nutty Noon. He's pretty mellow and doesn't possess the extreme anger trait all Scarfy's have. He's very friendly, and hopes one day to share his life with someone.

After many years, Justice finally found someone to share his life with. Unfortunately, he had his heart broken when she left him for someone else. Grieving with pain and anger, Justice left his home to search for someone who can help with his pain.

Justice spent years traveling from planet to planet to collect their respective Dream Fountain powers to summon NOVA. When he was finally able to summon the giant wish maker, Justice asked him to grant him the power of truth.

NOVA granted him this power, but at a cost. NOVA took his eyes, and chained his ears with bell weights.

" <<< YOU WILL NOT BE NEEDING YOUR EYES TO SEE THE TRUTH. USE THE EARS I GAVE YOU TO FIND YOUR TRUE HAPPINESS.."

So far, he has yet to feel the weight of the light colored bell. He still has hopes to find someone...one day.
Species © Nintendo/ HAL Laboratory
Interpreted characters created from said species © Rhylem