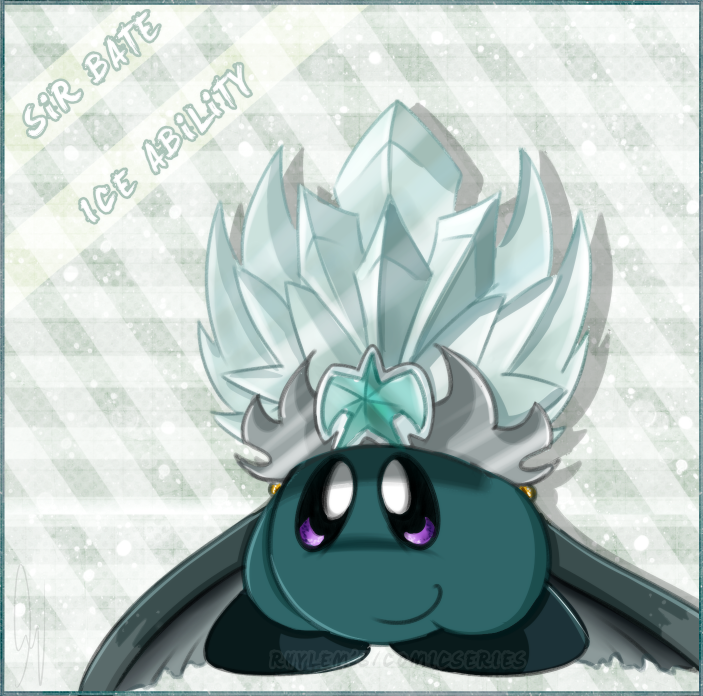 ​
Here's Bate with the ice ability. >u< I originally gave Bate an ice based fighting move, and it was going to be shown in "Torn Chapter" when he was fighting Lucian...but that never happened. :,D It's scrapped for now, unfortunately.
Species © Nintendo/ HAL Laboratory
Interpreted characters created from said species © Rhylem
Story © Rhylem