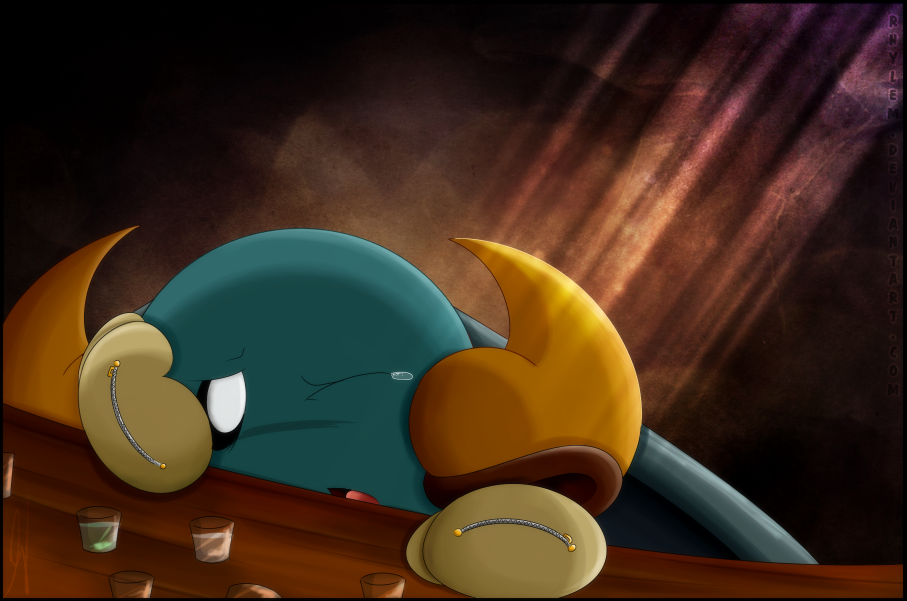 Bate ends up becoming extremely depressed after Ellie's death. He spends most of his time alone, drinking. Gordon ended up finding him passed out one day and decided (for Bate's mental health) to move in with him. Bate becomes a bit better and tends not to drink anymore. (Only on rare occasions will he do so.)
​Species © Nintendo/ HAL Laboratory
Interpreted characters created from said species © Rhylem