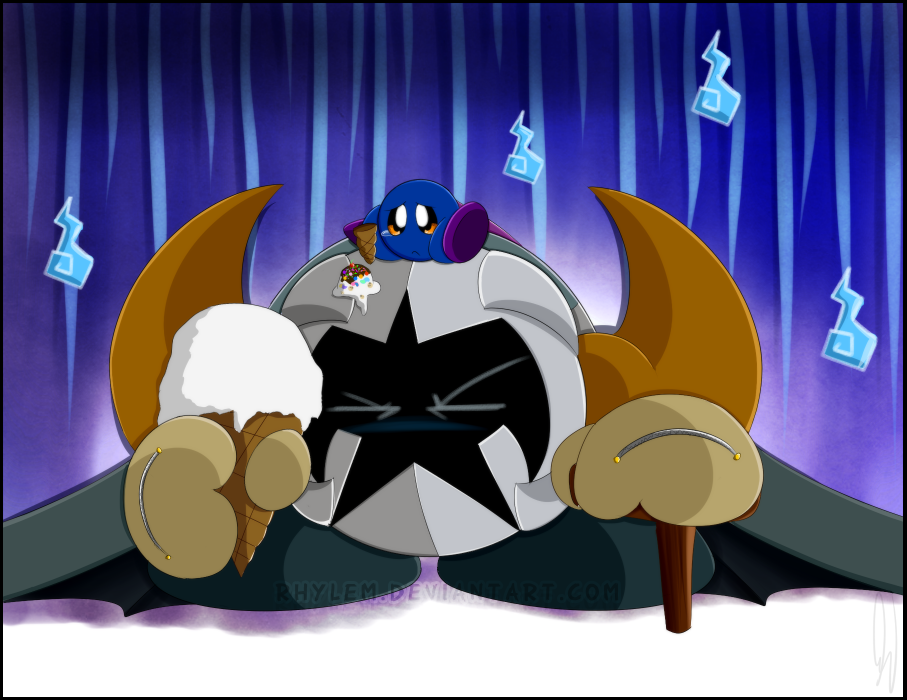 ​I Just had it Polished

​​
​Meta’s eyes beamed in excitement as he pointed to everything he wanted to put on top of his ice-cream. He tugged on his teacher’s wing to get his attention and started saying the long list he had prepared.

“Teacher!!! I want sprinkles, and chocolate syrup, and whipped cream, and gummy squids, and cookie dough and caramel chips topped with a cherry!!!"

Bate blinked a few times in surprise. He knew Meta had a sweet tooth, but didn’t think he’d go overboard just because he said he could get whatever he wanted this time. “Uh, Gumball…”

The Squishy who was serving them gave a small giggle at the overly hyped Puffball nagging his Teacher that he’d be able to eat everything before it melts. “So, would that be all for the two of you?”

Bate gave an embarrassed nod and paid for his and Meta’s pricey cone.

“Thank you, Teaaaaacher!!” Meta smiled as he took a lick of his sweet, sugary treat.

“Don’t worry, I will!!” Meta said as he took another lick. Unfortunately his enormous scoop fell off the cone when he tried doing so. He let out a mortified gasp as it landed right on the elders newly polished mask.

“O…oops....” Meta quickly tried picking up it, but it ended up smearing and dripping down all over Bate. He hoped his teacher didn’t notice just yet.

The elder just stood there, trying his best not to crush the fragile cone he was holding in his fit of anger. He saw the vanilla and chocolate syrup make its way through the cut-out of his mask. He closed one of his eyes as it dripped down his face.  “Meta....”

Meta shivered as he heard how Bate was trying to contain his anger. He jumped off of his head and coward in fear. “S-sorry, Teacher....” The little Puffball apologized as tears started to fill his eyes.
​​​​​​​​Artist Comment: