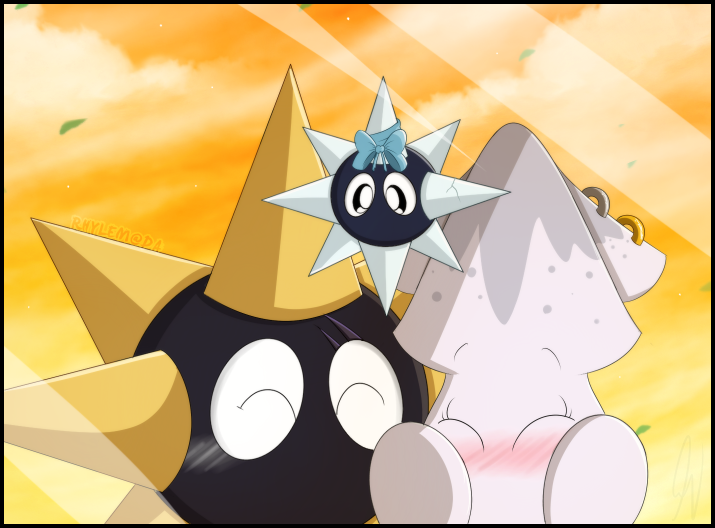 And I go back to watchin' summer fade to fall
Growin' up too fast and I do recall
Wishin' time would stop right in its tracks
​​​​​Artist Comment:

​
Gordon's life always reminds me of my favorite song from Kenny Chesney, "I Go Back." Heck, if I had to give him a song, it'll probably be this one. <3

In a nut-shell, the song is about the end of highschool-college (Which, to me, is a huge point in ones life) and certain songs that trigger happy/sad memories of those times.

Gordon experienced the same thing....just in a different way. For Gordon, the song reminded me of his younger years when he met Bate/lived in Kalmari. It was those years in Kalmari that defined who he really was. It was a time where he truly enjoyed his life- He had all of his friends, he had a family and, well...everything was perfect. (Which I believe holds the same value as someone cherishing the memories of their younger years of school after entering the real world.)

As for the memories, I used certain people/items, not songs, to trigger those happy/sad memories. My three favorite examples I compared are: (You probably won't understand if you never heard the song, so I suggest you listen to it. >u<

The song, "Jack and Diane" (Being Bate and Alba) dramatically changed his life and views of the messed up world he had to endure when he was younger. He absolutely hated everyone after the death of Bullet, but after meeting Bate, and then Alba, his personality immensely changed for the better. He'd still probably be a ball of anger if it weren't for those two. ;u;

This one being when he lost Bate (metaphorically speaking) after Ellie died. (Strangely, it was almost around 1,600 years too. ;o; ) The song, "Only The Good Die Young," would be any item that's been stored/packed away when everyone was still alive. (The items I used to represent that was the photo album/Ellie's headband that Ramset found in the attic.) Seeing those items again triggered something in Gordon- The memories of his family, the memories of the other life he tried to conceal...it all came flooding back. (Which resulted him in breaking down in tears when Ramset asked about them.)


And the last one, the one I posted in the beginning-

Throughout Gordon's whole life, he had to deal with the exact thing that terrifies him- losing someone close to him. Everything that made his life complete is now a memory. He lost Alba, he lost his son, he lost Elliot, he lost Atler, he lost Ellie...and he lost Bate. Even in TBaTS, Gordon admits to Ramset that he misses the days when he was younger. I define Gordon as one of the strongest characters in my series because not only did he have to deal with losing everyone around him, he has to constantly stay strong and supportive for the only one he had left during that time; which was Bate. (Who was also struggling with the losses) He tries to stay positive and happy for Bate, even though he's hurting just the same. He'll never show it, but he truly wants to go back to those carefree, happy days.