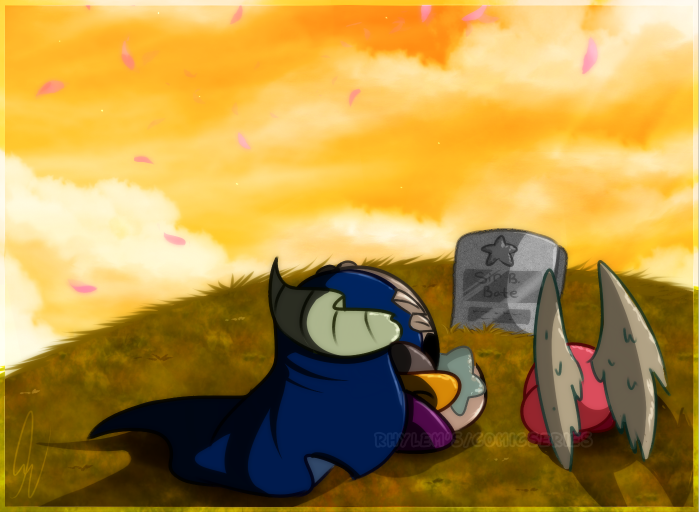 Originally a quick concept sketch for Nova's Paradox, but I decided to color it.   So small spoilers....?

I finally drew Meta with his cape. He starts wearing it after the death of his beloved Teacher due to his wings getting a bit damaged from an incident I won't go into just yet.

*Nova's Paradox is a huge time skip from Gumball Warrior where my Teachers have all passed on.
Species © Nintendo/ HAL Laboratory
Interpreted characters created from said species © Rhylem