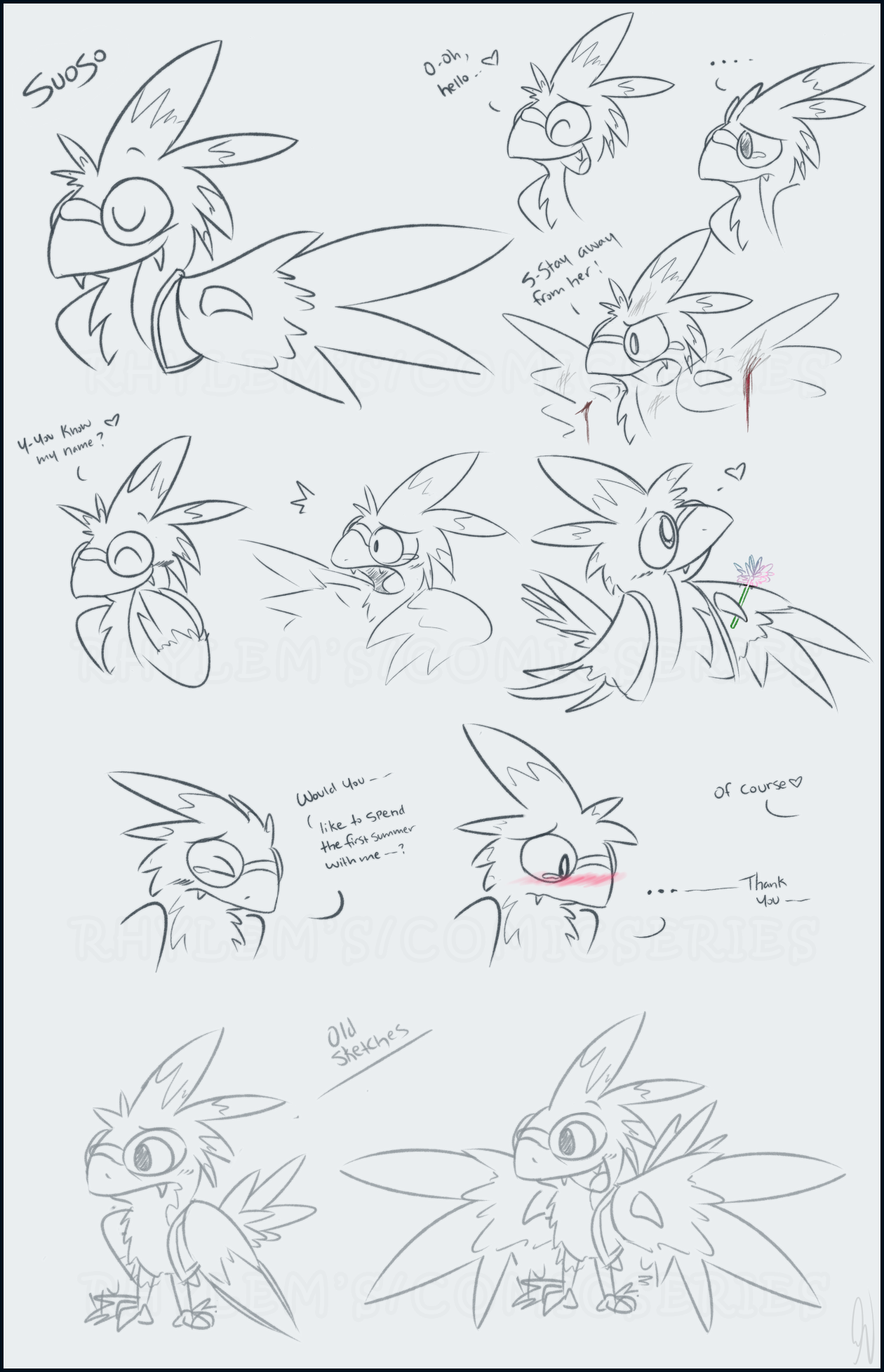 Fairly old character/art. I won’t go into much detail as he’s not going to appear much. Just a hopeless little dork who trains under Bate. He also has a tiny crush on said flight instructor’s daughter. He gets quite embarrassed and shy- tending to blush like mad when he's around her....or maybe it's just because Bate might kill him is he ever finds out. XP

I love his wings, truthfully. I wanna post more about them but in a nutshell- For half the season he's able to fly, but the other half his feathers fall off and reveal three large claws. So he becomes earthbound until his feathers come back. >u<
Species © Nintendo/ HAL Laboratory
Interpreted characters created from said species © Rhylem
Story © Rhylem