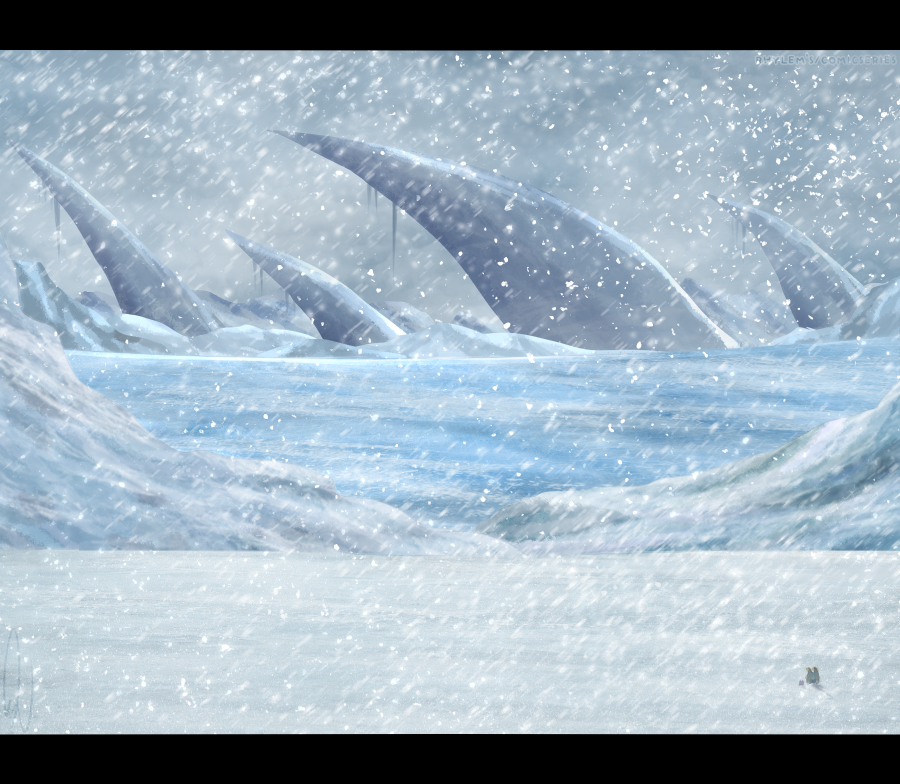 I wanted to try to attempt of some scenery backgrounds, so here's my take on South Nova! If you look hard enough, you can spot Bate and Meta!

Aside from the deadly storms, the large pillars in the back are what South Nova is notorious for. South Novans have called it the Heaven's Spine. They say if you are able to scale even the smallest one, you have the heart and stamina of a god. It is also said a very rare healing plant exists on the very top of the highest spine.

So far, there is only one known record of someone successfully climbing it, and that's Kes' father- Wulfric. He climbed the highest point in his younger years to obtain the plant for their village when his wife fell ill. He successfully got the plant after several weeks of rigorous climbing, but unfortunately didn't make it on time as his wife already passed when he returned. The plant has now been named "Wulf Tears", and is considered one of the rarest plants of all the 4 Novas.

I'm planning on doing the other Novas and Central in the future. I'm not the best at backgrounds, but I'm quite proud how this one turned out.
Species © Nintendo/ HAL Laboratory
Interpreted characters created from said species © Rhylem