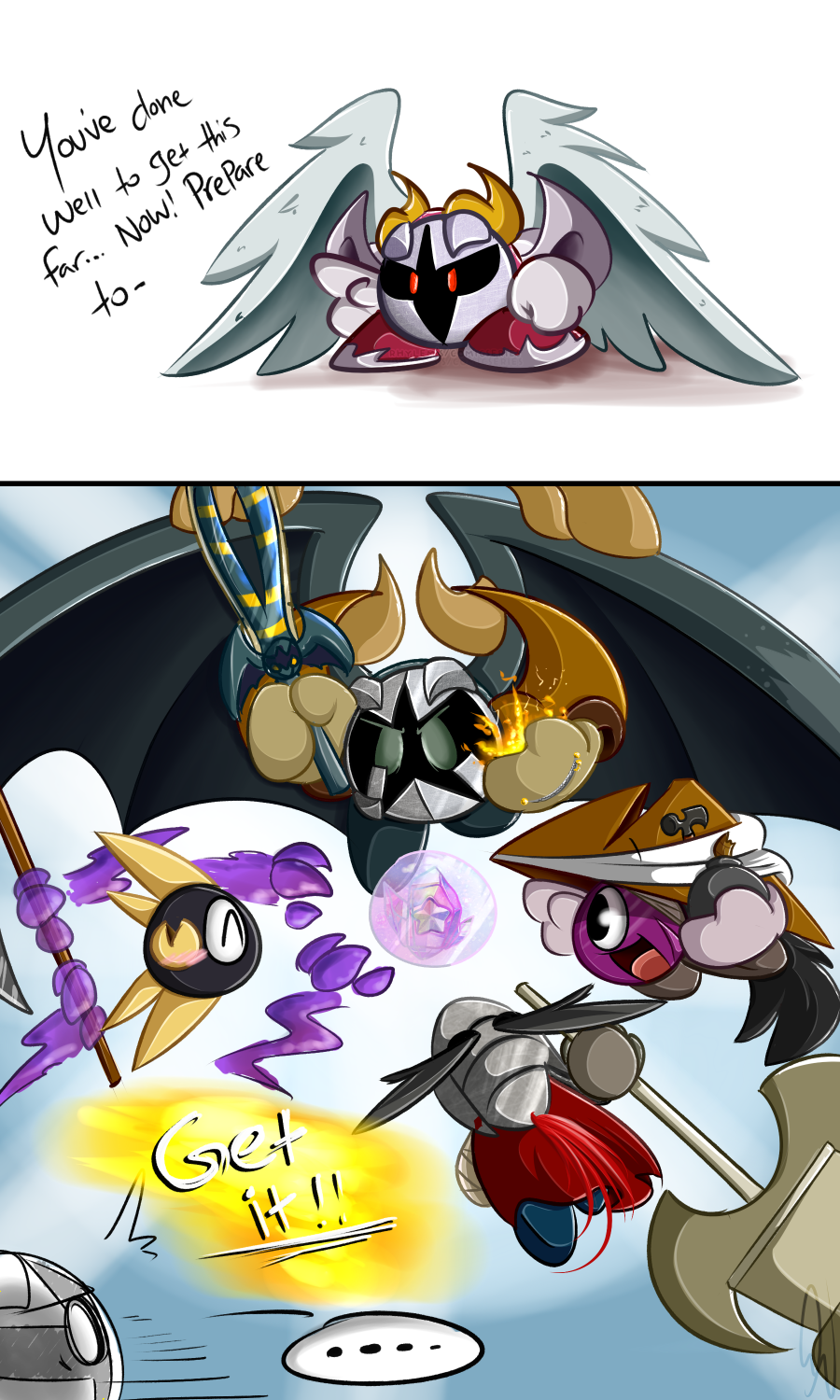 A little doodle for the release of Super Kirby Clash for the Switch. It's been so much fun playing, especially when a rare fragment appears. I tend to ignore the boss and try to get the fragment instead. I don't think Galacta Knight enjoys being ignored for a fancy rock. XDD
Species © Nintendo/ HAL Laboratory
Interpreted characters created from said species © Rhylem