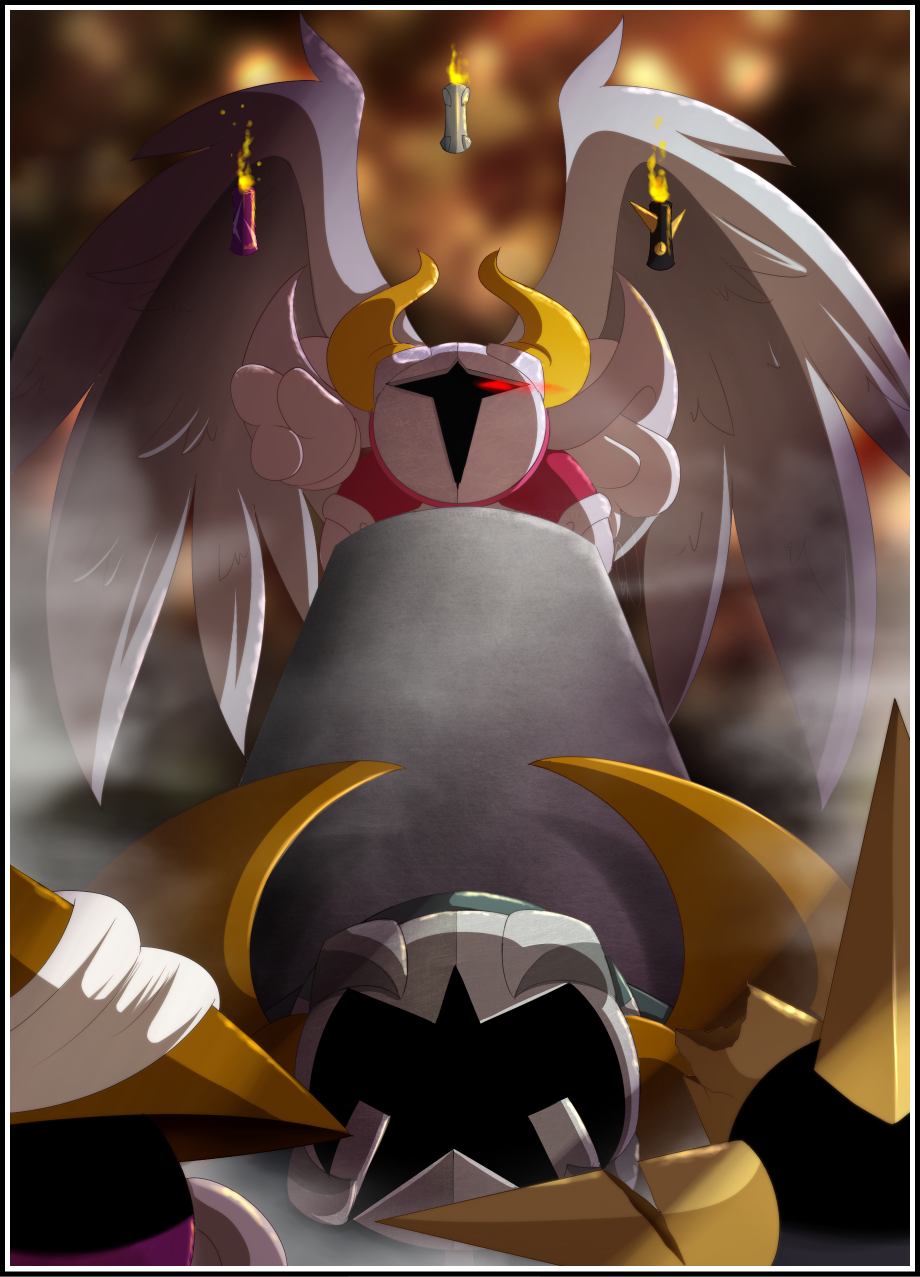 ​
​
"DON'T MOVE!!!" Arthur shouted at his comrades as he used his wings to block the four. "It's an illusion! Those aren't our teachers! Don't be fooled!"

"Oh, no. These aren't an illusion." He spoke, humorously smiling at the group. "They're the real deal, alright. Brought back to life by The Great and Powerful NOVA!" He began laughing once more as he looked at his new army.

"Anything you do to them is real. But the thing is, can you do it?" He asked. "Harm the ones who raised you? Who trained you? Who took care of you? Some of you even sunk as low as calling them your father."

Straightening his pose, Galacta Knight pointed to Meta. "Well, we'll see if this so-called bond you once shared can overcome the power of NOVA, shall we?  His cheeky smile soon disappeared as he looked to Bate.

It only took less than a second for Bate to appear in front of Meta. None had time to react as Bate forcefully delivered a powerful blow to the warrior. Meta was sent flying to the large pillar behind him, and the four quickly braced themselves when all three teachers raced towards them.

More NOVA'S Paradox art. A not so pleasant reunion with their teacher. What will happen now that Gala controls them? D;

I wanted to add Gravel in too since he technically has a candle as well....but then I couldn't fit him in. >x<;;
Species © Nintendo/ HAL Laboratory
Interpreted characters created from said species © Rhylem