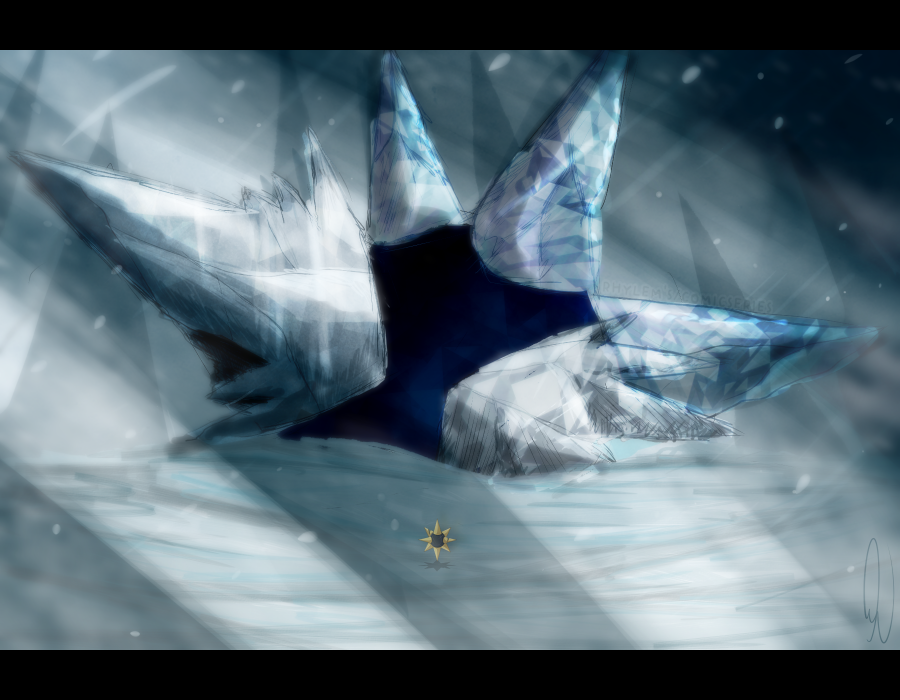 Very quick speed paint of a scenario I had for the longest time regarding Gordon and King. Took around 30 minutes, so I'll probably flesh it out later on. >v<;;;

So, what if the legends were true, and there really was a Gordo made of crystal and diamonds? Well, that's where Gordon comes in. With the help of Bate and Atka, Gordon travels to South Nova in search of the Gordo who was supposedly frozen in time long, long ago.
Species © Nintendo/ HAL Laboratory
Interpreted characters created from said species © Rhylem