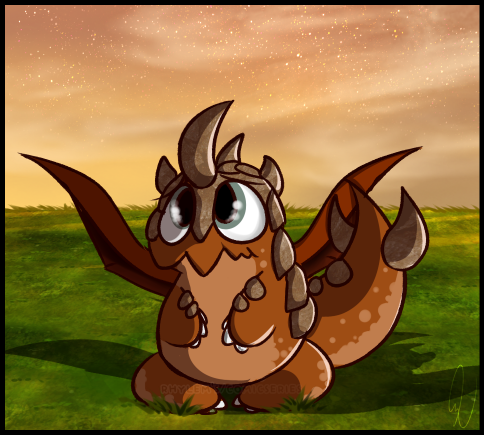 The crack of dawn finally approached, and although Dream Land was still shrouded in darkness, a warrior by the name of Meta Knight patiently waited outside his home. Kirby was fast asleep, still recovering from a terrible fall yesterday evening. Something about Kirby’s jester friend he befriended several months back questioned the old warrior’s judgment abilities. He knew something was off about that kid, but poor Kirby had no one else to talk or even play with! His relatives were all the way in Kalmari, and even his cousin Coo was rarely seen as Ekon tends to take him along anytime Arthur calls upon him.

It was troubling indeed. The rambunctious Star Warrior was all alone. Sure, he would often engage with the child, but nothing could really fill the void like another friend his age. Marx....well, he was much older than Kirby. He was rougher, meaner and someone Meta would prefer Kirby stays away from. Kirby doesn’t listen, however, Marx was the only one willing to play with him. But after witnessing how horribly Kirby was treated, he knew he had to call on an old friend to help. He just hopes she'll be able to.

Meta shook his thoughts as something in the sky quickly caught his attention. Ah, right on time. The warrior stepped off the porch and greeted the large figure who landed.

“Thank you for coming over.” The color of his eyes slightly shifted to indicate his appreciation. “It’s good to see you again, Vee.”

The large dragon like hybrid smiled from his welcome and walked forward to embrace her dear friend. “It’s nice to see you again, too, Meta.” She spoke as she released her grasp. "I hope my little one will be able to help with your problem.”

Vee glanced up and gently grabbed the child perched on her head. The tiny Winged Egger timidly looked at the masked warrior before toddling back to his mother for protection.

“Aren't you going to say hello to your Uncle Meta?” She asked, using her tail to push him forward. The small toddler responded with soft growls and roars before trying to burrow under her wing. She gave a sympathetic smile and picked up the young dragon. “Come now, don’t you remember? He would always babysit when you were just a hatchling.”

“And I have the bite marks to prove it.” The elder spoke as he reached out to pat his head. Meta reeled his hand back, however, when he snapped a few times when he got too close.

“Kit, no biting.” Vee scolded the child. Even though he was still a toddler, Winged Eggers have an incredibly powerful bite. It can easily crush stone, and Vee knew that last thing they needed was a sudden trip to the hospital.  The child just roared back, and Vee followed the same manner and began roaring.

Meta quietly stood in the distance, not understanding a word they were saying. Maybe having a Winged Egger as a playmate for Kirby wasn't the best choice, now thinking it over. It wasn’t until Vee began laughing did he finally ask what was going on. The hybrid set the child back down, and the little one ran to hug Meta.

“Everything is fine now.” She reassured, patting him on his back. “There was a sliiiiight misunderstanding. He thought you were breakfast.”

“Ah.....breakfast?”” He looked down and noticed the dragon was nuzzling his side.

“Yeah, so apparently 'breakfast' and 'uncle' sound quite similar in our language. Sorry about that, Meta. He won’t be trying to bite you anymore, I promise.” She sheepishly smiled and motioned the Puff to return the hug. Meta eventually did, and rubbed the child’s head like he previously wanted to. He didn’t bite back like before, the old warrior gave a sigh of relief.

Okay, so maybe his plan would actually work out. He’ll have to wait and see once Kirby wakes.

This little one is Vee’s child, Kit. She actually has a lot of hatchlings, but Kit is by far the friendliest of the group. It's normal for young Winged Eggers to bite and play rough with their siblings since their skin is like armor, but Kit is a bit gentler and Vee figured he’d be perfect to befriend Kirby when Meta informed her. <333

Side note: Vee still resides in Pop Star as well as Dream Land but her home is located much further where Meta and Kirby currently live. From the hot lands, it takes around several hours to reach the heart of Dream Land. Vee decided to move there a few years back, but still visits Meta and Kirby from time to time. Both are still good friends even though they don’t see each other as often. Meta also baby sat many of her kids and eggs when they were younger. (I sketched something out long ago, I should finish and post it here =,D )

Kit is able to speak English, but he rarely does so since all Winged Eggers back in the hot lands use their preferred language. He also loves to eat! He’s able to chomp away twice his body weight in food, so he and Kirby have something in common. XD
Species © Nintendo/ HAL Laboratory
Interpreted characters created from said species © Rhylem