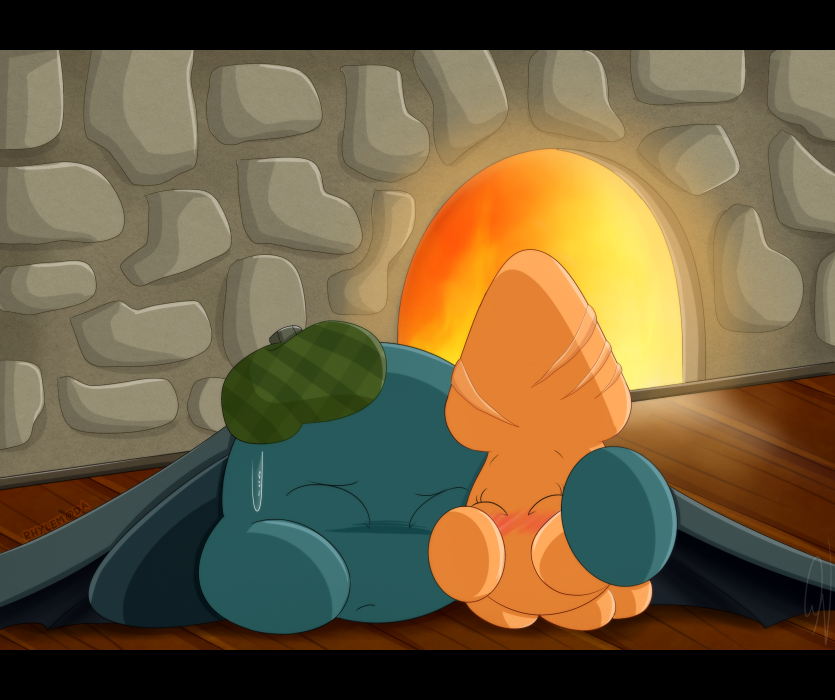 ​For Better or Worse

"Hm?" The peach colored Squishy opened her eyes and looked at the sick Puffball curled up next to her. "Yes, my dear?"

"Oh, I know you do, but the doctor said you'll feel better in a few days, so just keep resting." She reassured him.

"B-but it's not fair!" He whined, "We were supposed to spend the whole...*cough* d-day out of the house! I had it all planned out. I even saved enough money to *cough* take you out to that expensive restaurant you always wanted to go to."

"Aw, Bate, you didn't have to do that," She smiled and pecked him on the forehead for his kind gesture, "Don't worry, we can do that once you're well again."

Bate stopped before he could finish, too ashamed to say it. Ellie noticed and held his hand to comfort the troubled warrior.

"Bate, please don't feel bad. As long as you're here with me...." She leaned up against him and closed her eyes. "I couldn't be happier."

Bate stretched his arm around her waist and hugged her. "Thank you...." He closed his eyes and tried to go back to sleep.

She lightly giggled and kissed him.

Ellie doesn't matter as long as she has her precious hubby by her side. C=
Species © Nintendo/ HAL Laboratory
Interpreted characters created from said species © Rhylem