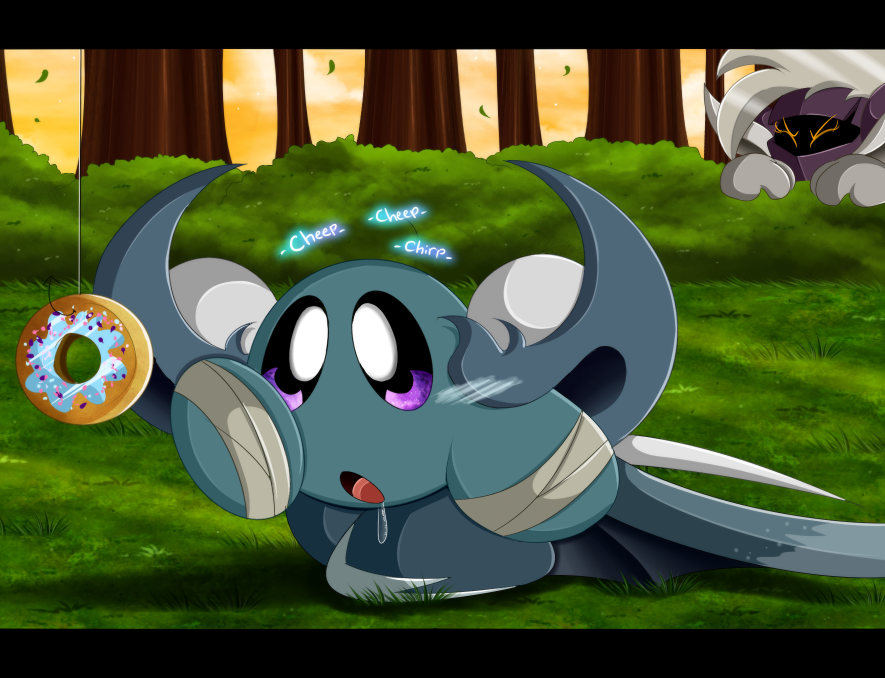 ​
“Yes, yes, it’s brilliant! Absolutely brilliant!” Gera couldn’t help but smile as she held up the brightly colored, glazed donut dangling from her handmade fishing rod. She quietly peered over the bushes and carefully watched as the Puff she was pursuing sat down to eat lunch.

“That little idiot will have to fall for this delectable treat. After countless hours of research, I've come to a conclusion that he can’t resist such sugary confections. Seeing as he just finished training, there’s no possible way he’d be able to break free once I have him restrained. Yes, I can picture it now~" She beamed from the scenario now playing in her head of Kade falling for her trap. "It's a flawless plan, if I do say so myself."

"Except you're missing the part where his sister ambushes you from behind." A voice whispered, which caused the Kibble Knight to jump in surprise before being quickly subdued by the Squishy.
​​​​​​Artist Comment:


It's been a long time since I drew this character. The pathetic hunter you see hiding in the bushes is Gera. (Pronounced: Gear-ah) I don't wanna spoil much until I post her official bio, but as you can see, she EXTREMELY interested in Kade for some reason. She's pretty terrible when it comes to getting his attention, though. ​XD
Species © Nintendo/ HAL Laboratory
Interpreted characters created from said species © Rhylem