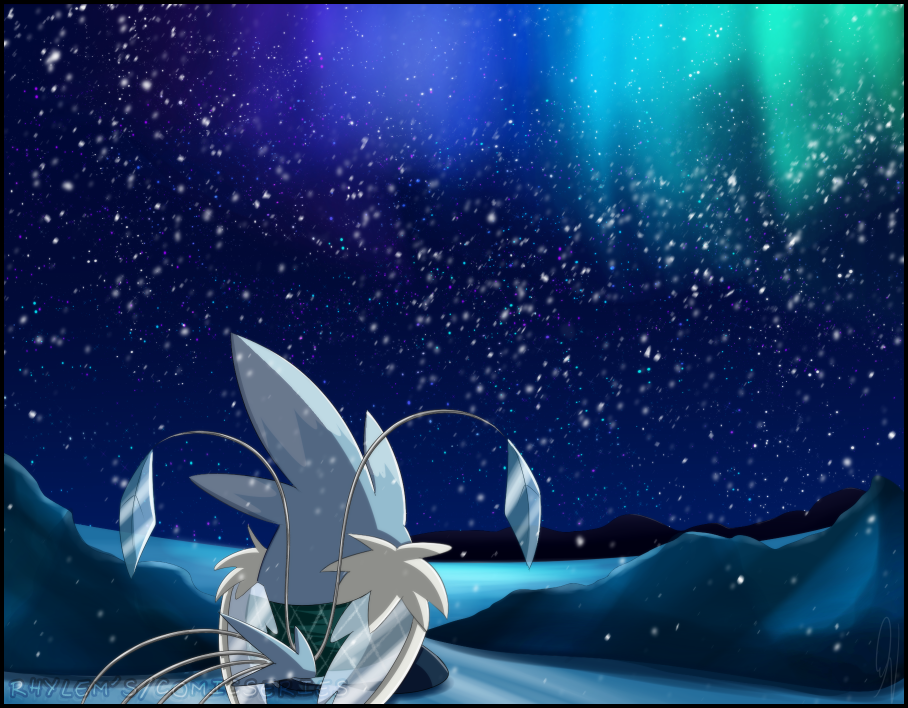 A lone, pale blue book caught the interest of a certain teal colored Puffball. He gently picked up the unfinished project, his curiosity piqued. He knows she isn’t particularly fond of anyone reading her work in progress, but something about this particular book made the Puffball want to bend said rule. He quickly glanced around to make sure she wasn't nearby before softly reading the title to himself.

Startled from the sudden sound of her voice, Bate accidentally dropped her precious writing on the floor. He let out a mortified gasp and frantically bent over to pick it up. He timidly peered over her desk to place it back, but caught the eye of a very agitated Sphere Doomer.

"Going to read it when I wasn't present in the room." She correctly finished his sentence. "Bate, please don't lie to me."

“I...wasn't going to read it, honest." He set her book back on the table, but glanced at the cover again. "But you tempt me with such a title."

"Oh?" She went over and looked at it as well. "Well, curiosity killed the cat...or Puffball, in this case."

She nudged him away from the book and lead him to the small living room outside of her study. "When it's done, I'll let you read it." She took a seat on one of the chairs across from him.

"But when's that gonna be?" He slightly whined.

Atka smiled at her friend. "I don't know, only time will tell."

"I hate when you make a riddle out of everything.” Bate childishly mumbled when he wasn't given the answer he was told.

She decided to shift the attention away from her and pointed to the wall behind Bate. The Puffball looked over and saw the numerous photos hanging from it. Many of them were of Bate at various ages, while some were of Atka, but the one she pointed to was of Bate and Ellie.

“Tomorrow’s the day,” She smiled, “You must be thrilled.”

Bate knew she was talking about Ellie’s return from the war. Butterflies filled his stomach as a bright, blue blush formed on his cheeks.

Atka playfully slapped his arm with one of her tails. “Oh, Bate, she’ll be ecstatic. I’m sure she’s equally eager to be in your arms once more.”

The pair let out a small laugh as they simultaneously grabbed their tea on the coffee table and took a sip. Bate placed his down first and reached for his bag next to him. He rummaged around for a bit before pulling out a small box.

“Oh, Atka, I wanted to show you something.”


“Hm?" Atka curiously tilted her head as Bate placed it on the table and pushed it towards her. The Sphere Doomer poked it a few times and looked at her friend to see if it was okay to open it. Bate gave a nod.

“I made it for her,” He said as she pulled out the necklace sporting two, rather large gems. “Do you think she’ll like it?”

Atka held it up to the light and gave a breathtaking gasp as the precious gems shimmered and glistened.

“Morganite and blue diamond.” He informed her, "The colors remind me of us, don’t you think?”

She carefully placed it back in the box and handed it to him. “You’re going to give it to her when she arrives?”


“Well, I was supposed to mail it to her for her birthday…” He gave a small, nervous frown, “But I haven’t talked to her once they cut off the postal system there a few months back. It’s….been really hard not having any type of communication with her."

Atka could see how sad he got, but it was understandable. She would often get random visits from the warrior throughout the year due to him stressing out from Ellie’s lack of communication. Atka knew those two were inseparable, so not having received any letters for months took a great toll on him. She reached over and gently stoked the side of his wing.

“And tomorrow you don’t need to wait or hope for a letter,” She reassured, “Because you can finally give it to her in person.”

Bate shook his thoughts when he heard the clocks’ chime to remind the pair what time it was. The elder quickly stood up in a haste and started putting his armor back on. He didn’t realize how late it was, and knew he still had a lot more things to finish back in Kalmari.

“Darn it, I’m sorry Atka, " He ran to the door. “I need to hurry back home. I wanna get everything cleaned up before she arrives."

Atka smiled. “Of course, my dear.”  She walked to the door and opened it for him “Have a safe trip back. The last thing she needs is for you to hurt yourself the day before she gets home."

Bate started to laugh. "Hey! I take good care of myself."

"Sure, sure- whatever you say, Bate." She went to hug her friend goodbye, but something caused her to suddenly push him back when they made contact. She ended up losing her footing and hit the floor as a result.

"ATKA! W-what happened, are you okay?" Bate ran to her, but Atka held out one of her tails to stop him.

Bate saw how much her mood changed. She seemed distraught- like something completely terrified her just now.

"It's nothing, Bate." She faced the other way to avoid eye contact.

"Oh....okay?" Bate grabbed his last piece of armor and strapped it back on. "I'll see you soon, I hope?"

"Ummm…g-goodbye, Atka." He looked at her one last time before walking out.


Bate walked a few feet before he heard someone calling his name. He turned around and saw Atka flying towards him. The Sphere Doomer gently landed on the snow and locked eyes with him.

"Bate….before you go”  She started to hesitate, “P…Please, could you promise me something."

"Bate, I'm being serious!” Her voice was strict- a type of behavior Bate rarely sees in her.  “You have to listen to me."

"Alright, alright." Bate tried to calm his frantic friend. "You have my word."

The Sphere Doomer calmed down upon hearing that. “A-alright…"


She took a deep breath and looked straight into his eyes.

"Just, please....promise me you won't lose yourself."

"Lose myself? From what?" He tilted his head in confusion. "Is this another riddle, because I don't have time for-"

"BATE! Promise me, alright?!!" She shouted, tears now forming in her eyes. "Life determines how strong one is by blinding the truth from them. It's up to you to figure out what's right from wrong. Bate, don't be fooled, I know you're smarter than that."

Bate took a minute to absorb what she said...but it didn't quite reach him like she had hoped.

"Huh? Atka, what in Nova are you saying?! Quit treating life like it's one of your books or something." He stretched out his wings and started to flap them. "Sorry, Atka, tell me again when I visit, alright?"

Atka watched the Puffball fly off to the distance; back to West Nova. She stood in the same spot until her body was covered in a light fluff snow. She shook it off and headed back home.