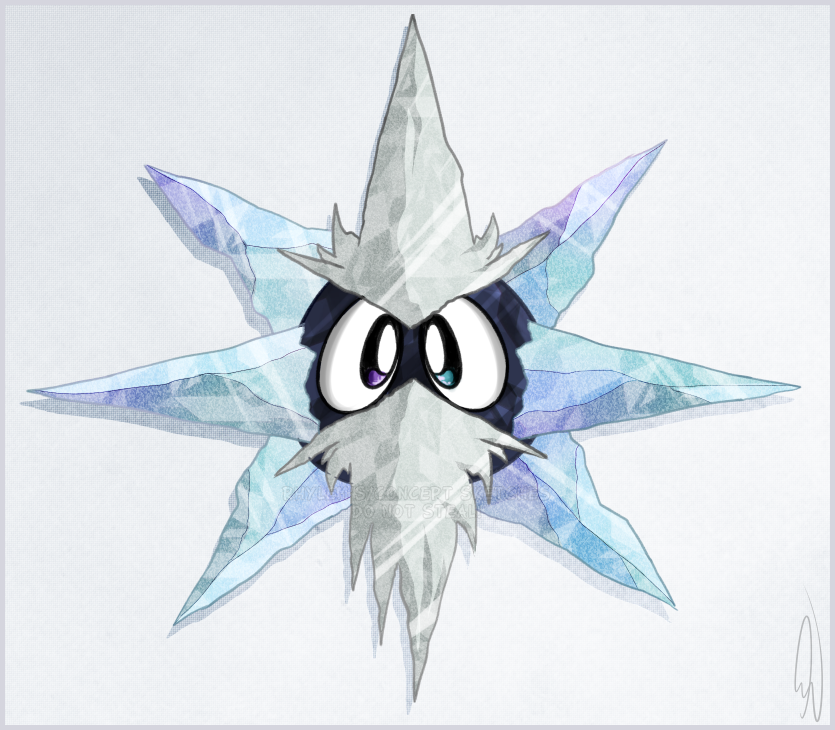 ​"A King?" Gordon repeated the words of the Blado next to him. "What kind of king?"

"Well..." Bullet pondered and tried to recall the old tale. "He was a Gordo, like you."

"Really?!!!" Gordon couldn't help but beam when he said that. His creators told him Gordos couldn't amount to anything but projectiles, and yet...this one was a king?

"Hahaha, really." Bullet smiled back at the young child. "Now, this Gordo was quite special. Legend says he was made out of the crystals of South Nova. His spikes captured the shimmering glow of the aurora that shined down that night, while his top spike, however, was made out of pure diamond. He was the keeper and protector of the frozen tundra- helping lost wanderers find their home, and ward off demon beasts who threatened to claim the planet. Many of the travelers who decided to stay with him looked to the Gordo for guidance, for they saw him as their leader.....their king."
​​​​​​Artist Comment:

This is a revamp of one of the crystal Gordos I created here.

Tweaked a few things, and y'know....added the equivalence of facial hair to him. I think he looks quite dashing with a diamond beard, if I do say so myself. XDD I'll work on his story later on- It was just something I quickly wrote for context, so I'll properly flesh it out when I have time. Which is gonna be so much fun 'cause I want him to be set in the Legendary Three era!! >v< And, ah...I kinda want Gordon to know that Gordos aren't just worthless weapons or objects. Of course, he trust in Bullet's words about himself when they first met, but having someone as legendary as the Gordo he was just informed about makes it even more inspiring for him. u///u
Species © Nintendo/ HAL Laboratory
Interpreted characters created from said species © Rhylem