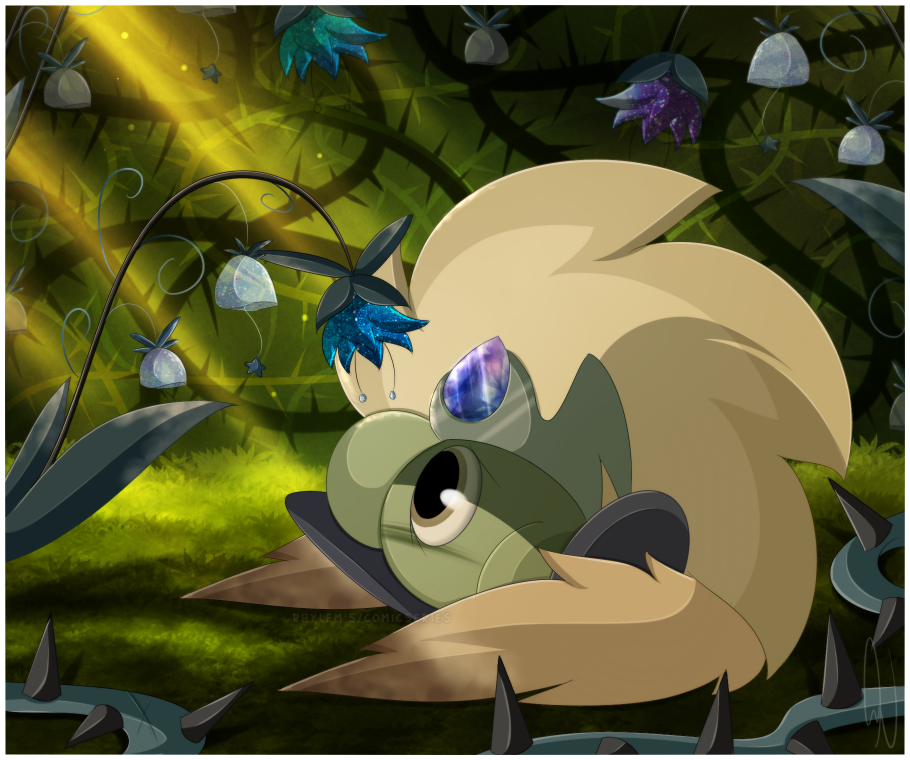 ​Something so Fragile
Atticus


They are fragile, yet considered deadly to those who threaten them. I would know, my foolish husband almost got killed by one when we were kids. Yes, I am talking about non other than the Galaxy Bell.

They are quite a unique species, and one of my favorite to be around with. If treated correctly, they will provide a pleasant, soothing chime throughout the day. If the bond between the two are strong enough, it may even part with one of its many bells, and gift them to you. They must be able to trust you, however, for if threatened, they become extremely hostile and deadly. A fully grown Galaxy Bell could easily take the life of several if it feels the need to protect itself. Their bells can fetch a high price at the market since getting them are next to impossible. Many still try, but end up succumbing to them as a result.

I can’t help but notice the largest one I’ve come to known seems to have taken a liking towards Atticus. He has received not one, or two, but several bells from her. You see, Galaxy Bell has the ability to recognize the ones who present themselves to it.

Even at a young age, I noticed how he treats the plants and flowers around him. To my delight, Galaxy Bell picked up on this. I see how Atticus responds to it. He treats her like an actual, living being. Many do not understand this simple concept when it comes to plants, but my little Atticus knows, and because of it, quickly befriended what many believe to be one of the most dangerous plants out there.

My son, you don’t know how happy this makes me. I hope you will take good care of her when you’re older.

Protect her, and she will do the same.