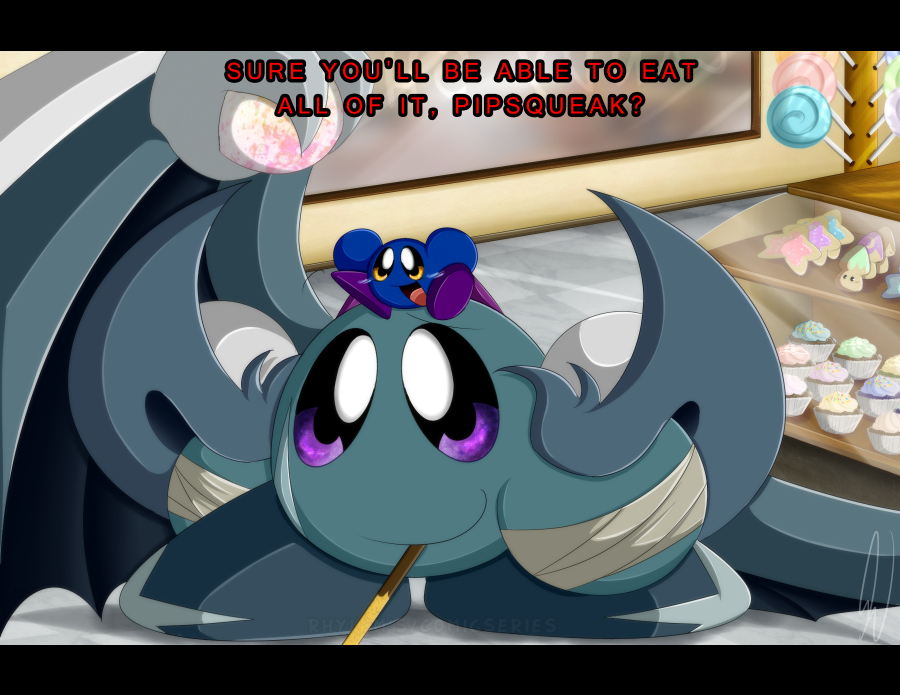 "That one, that one!!!!"
​
Meta's eyes shined when his brother picked up the massive jawbreaker with his talons, and Kade couldn't help but laugh at his choice.

"Sure you'll be able to eat all of it, pipsqueak? It's as big as you. I'm pretty sure when my dad said you can pick anything, it was of reasonable size."

"Nuh-uh! He said anything, and anything means anything!" He squeaked for joy and motioned the puff to head towards the counter.

"Whatever you say, squirt." Kade chuckled from his response and placed the large treat on the counter to pay.

"Let me guess," Molly humorously smirked and rang up the total. "Meta passed his training exam?"

"With flying colors!" The little puff proudly stated, and eagerly reached over to grab his reward.

"I see." She lightly giggled when Meta almost fell over when he grabbed the bag. "Well then, I hope you enjoy."

Both warriors waved the Squishy goodbye as they made their way back to their home. With Meta happily clutching the large treat in his arms, Kade could only imagine what his father was going to say when they arrived.
​
Species © Nintendo/ HAL Laboratory
Interpreted characters created from said species © Rhylem