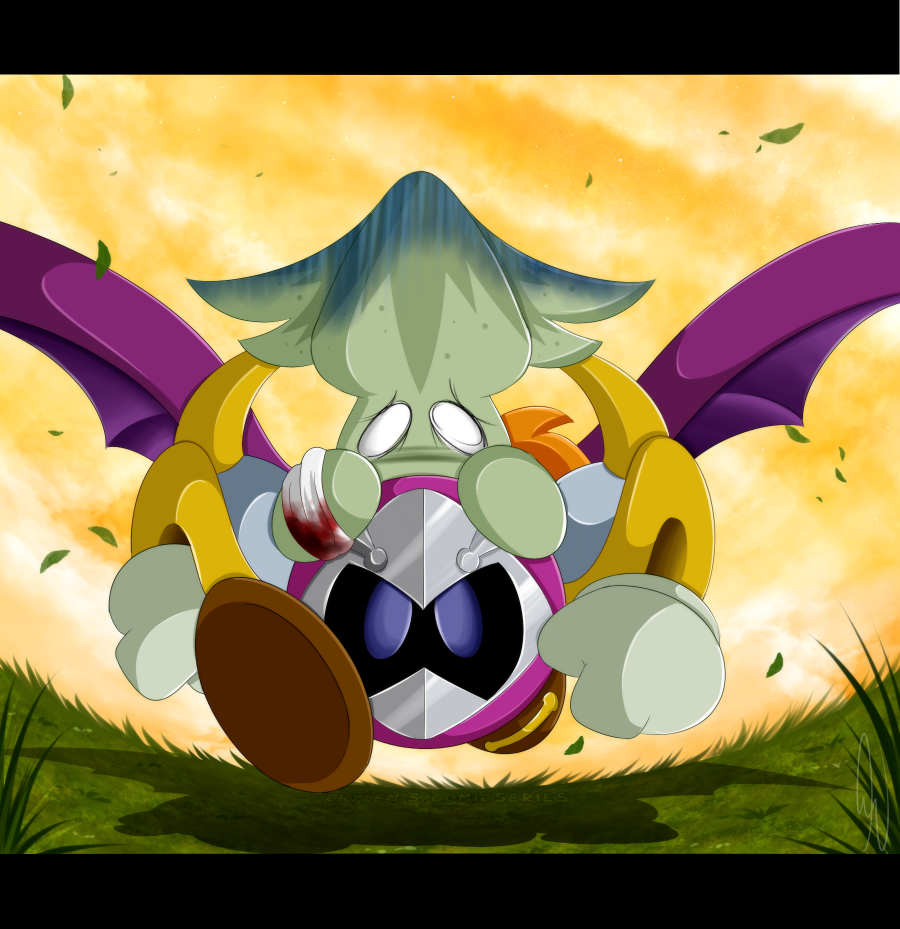 ​Ever since Cite gave him the courage to tell the others that he was leaving the GSA, Dragato can certainly say his life has been getting better by each passing day. Of course, there are days where he misses his comrades. Without the others, Kalmari has been a tad bit quiet, he would say. He'd still write to them occasionally, and he would always plan ahead to make sure he'd be there when they return for the holidays. When they do eventually meet up, everyone could tell his mood and behavior has improved greatly. All and all, Dragato hasn't been this content in years, and he’s not once regret his decision of leaving.

After he took up Cite's offer to live and travel with him, Dragato has been a bit....protective over his childhood friend. Many would think "a bit" was a huge understatement. Dragato will always be by Cite's side; whether it was Kalmari, a neighboring town, or even a whole different planet- the Squishy is never seen without his so called 'bodyguard.'

He knew how hurt and depressed his friend was during the time he's been away, and he could understand why he's been quite protective and a slightly over caring about his well being, but....some days he /can/ get a bit overboard.....

Dragato stood there- unable to finish the sentence he started and ended it with a large gasp.

His BEST friend in all of Kalmari was clutching his hand in pain, while a rather large puddle of blood stained the floor below. When Cite saw him enter the kitchen, he tried his best to wave it off.

"Nothing?!!! Cite, your hand's covered in blood! Quick, you need to see Mends!!"

The Squid slightly pushed his chair back and gave the warrior a small, weary laugh. Even though he knew his injury will require a few stitches at best, the last thing he wanted was his friend to start a scene. Maybe if he could find a way to calm him down, that would....

“I know what you’re trying to do, Cite, and it’s not going to work. Quit trying to think of ways to calm me down and let’s go!" Dragato called, motioning him to get out of the chair.

"Okay, o-okay..." So maybe calming him was out of the question at this point. Instead, he looked to his side and pointed to the counter where his canes were. "Hand me my crutches and we'll-"

"Forget the crutches, there's no time! Here, climb on my back!" Dragato keeled down in front of the Squid and anxiously waited. "I can get to the hospital much faster, so get on!!"

"Cite, the longer you take, the more blood you're going to lose. I'm not going to have my best friend pass out on me, so hurry up!!"


"GET OUT OF THE WAY! MY FRIEND'S IN NEED OF MEDICAL ASSISTANCE!!"

The group of civilian squids in the main plaza of Kalmari quickly dispersed when they saw the warrior running towards them. Many jumped out of the way, while some fell back in surprise and hit the floor. While Cite wanted to apologize to the now angry crowd, he was too focused on clutching to his friend for dear life.

He wasn't sure if it was the blood loss or Dragato, but either way he was surly going to pass out by the end of this.
-End-