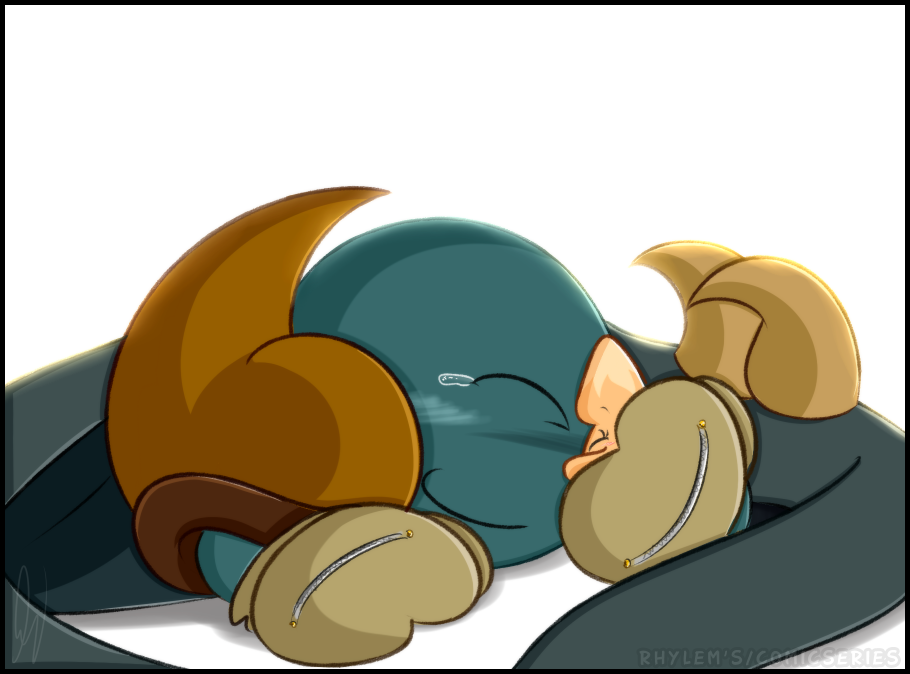 Not So Different
Sir Bate / Emma

Bate spoke with concern when he noticed how distracted his daughter was. She hasn’t spoke nor touched her dinner since they all sat down quite some time ago. He figured it was because Kade was out training with Gordon for the weekend and was starting to miss him. She seemed fine up until now, however, so he wanted to make sure it was her brother and nothing more.

“Emma, your father’s asking you a question,” Ellie spoke when Bate didn’t get a response back.

“Huh?” The little Squid looked up and saw the pair looking at her. She gave a small smile and faced her dad. “S-sorry, I was just thinking.”

“It must be something important,” He said, taking another bite off his plate, “Maybe you would like to enlighten us?”

Bate saw her avoid eye contact, and her voice began to soften when she started to speak,

“It’s…nothing,” She quietly said, poking her untouched food with her fork a few times before pushing herself away from the table. “C-could I be excused? I’m not really hungry.”

Bate and Ellie both shared a worried glance when she left the room. It was never like Emma to behave such a way, it seemed somewhat foreign to them.

“I was thinking the same thing, but he’s been out training numerous times with Gordon before and hasn’t seemed this down.” He excused himself from the table as well to talk to her, “Don’t worry, I’ll go see what’s going on, okay?”

Ellie gave a faithful nod as she watched him leave the room.

“Emma?” The elder knocked a few times before entering. There he saw the small squid sitting on the edge of her bed looking at a piece of paper. She looked up when she heard his voice and quickly placed it behind her back, hoping he didn’t see.

“Y-yes?” She spoke, still trying to hide the parchment.

The elder took a seat next to her and gently placed his hand on her mantle. “Emma, is something troubling you?”

She shook her head, but of course- Bate knew she was lying. “You seemed quite distracted at dinner, are you sure?”

This time, he saw Emma starting to tense up. She didn’t respond, and gave him another, not so confidant nod.

“If you’re sure, then do you mind if I see what you were looking at when I entered?” He asked, pointing behind her back.

The little Squid didn’t move and just shook her head. “It’s…just a drawing…” She quietly spoke.

“Oh? Did you draw something, could I see?” He asked and reached over to take it. Emma let out a small cry and pushed him back.

Emma closed her eyes in fear as she saw Bate reaching over again, but quickly calmed down when she realized he was just reaching over to hug her.

“It’s okay, Emma,” Bate softly spoke, hugging on to the small frame, “Please don’t cry. If you’re troubled by something, you know you don’t need to be scared to tell me.”

Emma clutched on to her father and returned the hug.

“It’s my job as your father to help if something’s bothering you.” He motioned to the paper, “But I can’t do that unless you tell me what’s wrong.”

Bate gave a small smile and set her down next to the paper she was sitting under. Emma timidly reached over and tightly gripped it. She waited and contemplated for quite some time before looking up at her dad. “P-promise you won’t get mad?”

“Cross my heart,” He held out his hand and waited for Emma. He truly didn’t know what to expect, so when Emma placed the paper in his hand, a small wave of fear set in. The elder unfolded the piece of paper and looked at it, his fear now replaced with utter confusion.

Bate quietly spoke to himself as he looked at the image of him and Emma she drew, but quickly silenced himself when he spotted crude scribble of the word ‘freak’ below. He slightly glanced at Emma and then back at the image.

“Emma.” He spoke, setting the piece of paper besides him, “Is….there something you want to tell me?”

Emma sat in silence, only to glance up and finally speak when she felt the gaze of his father. With tears now running down her face, she turned away and whispered to Bate.

“W-why don’t you look like the other dads in Kalmari?” She sobbed some more and tried her best to continue, “Why don’t y-you look like mom? H-how come you don’t look like me? Why are you so….d-different?”

Bate watched and listened as her daughter was troubling herself over such a topic that brought old, painful memories of when he first arrived here. He didn’t expect anyone to give her a hard time, and hearing it not only greatly angered him, but hurt him as well. Though he’s not bothered by the subject like he once was, Emma, on the other hand, was just a child.

Now knowing the issue with her daughter was much more serious than he previously thought it was, Bate hoisted Emma up and went to his room where Ellie was patiently waiting.  Once they entered, Ellie's expression soon turned to panic when she saw her daughter in tears.

“Emma, dear, what’s wrong.” She grabbed her from Bate’s arms and placed her on their bed.

Bate coughed a few times to get her attention and handed her the paper. Like Bate, she proceeded to look at the drawing and eventually came to the same conclusion as him. Both shared a worrisome glance at one another before the couple took a seat next to their distraught daughter.

“Emma, ah…wanted to know why I don’t look like everyone else in Kalmari.” Bate spoke.

“Oh, Emma, is that’s what’s troubling you?” She placed a comforting hand on her back, “Did someone say something about your dad?”

She was given a small nod. “They made fun of him….” Emma softly mumbled,

“Who, dear,” She pressed on to try to get the answer, “Was it someone you were playing with?”

“I wasn’t playing with anyone…” She shook her head, “I was drawing and they came up and laughed at my picture when they saw dad.”

When Emma couldn’t finish, Ellie tried to calm her down again. Both parents heard enough so trying to get her to talk again was unnecessary. Bate shifted uncomfortably for being the one who unintentionally caused this and motioned Ellie to do something. She gave a nod and lowered herself to Emma’s level.

“Emma, don’t let what they said about him get to you,” She gave her a small smile, “Of course your father wouldn’t look like us, he’s not a Squishy, silly.”

Ellie stood up and walked towards Bate, “Long ago before you were born, Squishies were the only species that inhabited our little town of Kalmari…that is, until your father arrived.” She playfully nudged him,

“Your father came here all the way from South Nova and eventually settled down and chose Kalmari as his home.” She explained, “The two of us fell head over heels with one another, and well…we eventually started a family and had you and Kade.” She nuzzled Bate as he returned her affection,

Emma grossly looked away in a playful manner, “Mooooom, Daaaaad! Gross!” She whined,

The two gave a small chuckle from her daughter’s reaction. Ellie took the opportunity to nudge Bate and point to Emma while her back was still turned. He took the hint and, still nervous as ever, inched towards Emma. He cleared his throat and wrapped his wing around her.

“When I decided to live here, a good portion of the town didn’t take too kindly to it. They did the same thing to me too.”

Emma let out a small gasp, “They drew all over your drawings?!”

A small blush formed on Bate face. Of course he wasn’t going to tell her the truth of the physical and verbal abuse they put him through, so he just nodded and agreed, “A-ah…in a way, yes. They said some things and hurt my feelings, kinda like what they did to you today.” He said, greatly sugar coating it.

“But your father refused to listen to them, despite their crude behavior and stayed here.” Ellie added, “It was because of him that this town is slowly learning to accept others living here.”

Bate gave a nod and continued, “But not everyone is so accepting to the idea.” He frowned a bit as he started to remember all of the horrible things they’ve done to him, and now to Emma “And sometimes they’ll say or do things to remind us about it….”

He lowered himself as Ellie did before and lifted up his mask. He gave a warm smile to his daughter and pressed his head against her mantle. “But wanna know something? I don’t think I’m so different from them. I love you just as much, and don't you ever forget that."

"I won't." Emma spoke, hugging the elder Puff as his helpful words eased her troubles. He's right, her dad loves her just the same. For as long as she could remember, he's ALWAYS been there for her. A few harsh words from those who don't understand won't ever change that, and she knows. Looking up, Emma smiled brightly to reassure her father.

Just because Bate not look like them, doesn’t mean he’s just as protective and caring as all the other Squishy dads. x) ​
Species © Nintendo/ HAL Laboratory
Interpreted characters created from said species © Rhylem