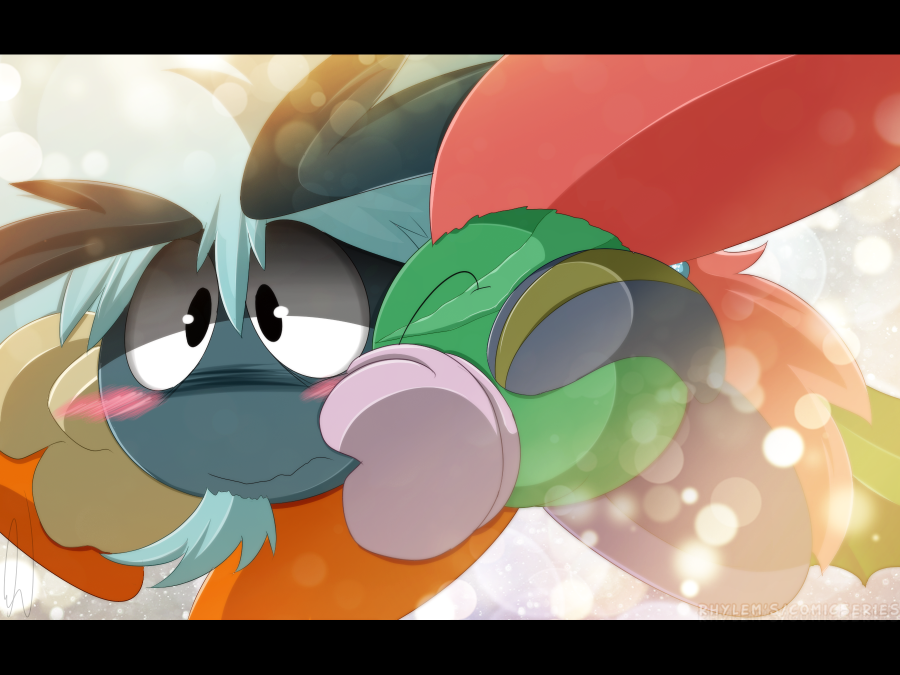 ​“Well, Tula seemed quite excited to see Atticus again.” Pyrell spoke as he entered his home after dropping their daughter off at Arthur’s place. He called out to the other as he proceeded to take off his armor and head to the living room to rest. "I told Petta you’d come by in the evening, so don’t forget to……ummmm…ah….Falspar?”

The Leo looked around the room when he didn’t see any sign of the Puff. He thought he’d be waiting for him, but....

“Maybe he fell asleep....” He thought as both were too anxious to go to sleep last night since Tula was going to be away for practically the whole day for her first playdate. He figured he was in their room, so Pyrell thought it would be for the best not to disturb him-

Falspar’s usual boisterous voice filled the air as he appeared from behind the couch to tackle him. Pyrell, who wasn’t prepared for the sudden contact of being hugged, or the kiss that followed soon after, lost his balance and fell to the floor.

“F-Falspar....please....” He mumbled when the Puff was still pinning him down. When the warrior slid off, Pyrell took the hand he offered and steadied himself once he got up. The Leo proceeded to rub his head in pain and look over at the overly excited Puff.

“You do realize if it were anyone else, they’d be tending to the burns they so clearly deserve.” He stated and walked passed him to finally take his seat.

“Yeah, I know.” Falspar spoke with a slight smug in his voice, and joined him soon after. “Being your husband has its perks."
​
​Artist Comment: