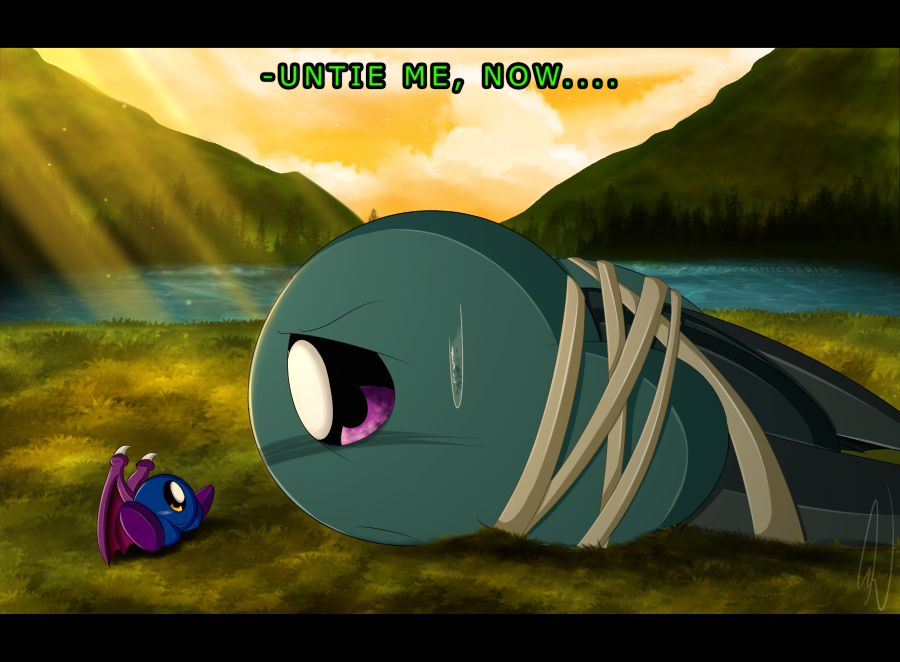 It seems like his homemade trap to catch said Demon Beast didn’t quite work out like he had planned, and Meta couldn’t help but giggle when he saw his mentor tied up on the floor. From the ground, Bate softly groaned as he was still recovering from the fall, and looked at the Puff in slight frustration.

“What is this? I told you to get firewood, not rig the whole camping area!” He barked as he struggled against the binding.

“But Teacher! What if a demon beast came after us while we were sleeping? I made a whole bunch of traps so we’ll be protected!”

“Protected? I’m tied to the floor right now, mind you. You won’t be protecting us if we’re the ones being caught in them, Gumball."
​​​​​​Artist Comment: