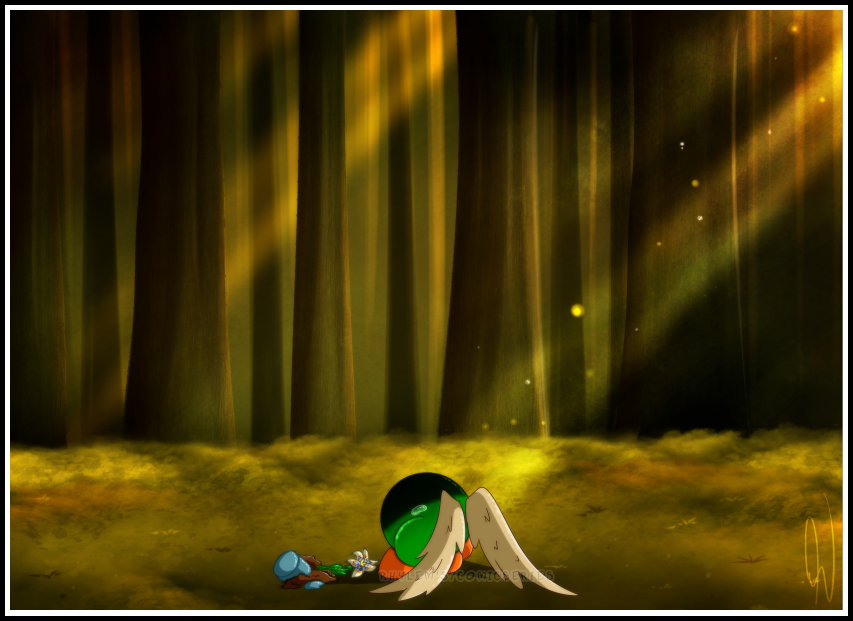 “W-why in sweet Nova did you give me that?!!” Arthur shouted at the Leo in frustration from the embarrassing gift he received from her.

“A-Arty,” She tried to explain herself, but quickly got cut off.

“Now everyone’s laughing at me!” He gripped the vase in anger when he recalled the memories of some of his comrades pointing and laughing after receiving the present. A small blush formed on his cheeks, and he glared at the one responsible for causing it.  “Why couldn’t you get me something else instead of a stupid flower?!! Anything would’ve been better than a flower!!"

“I....” She fumbled with her words when she realized how much he hated her gift. “I…t-thought you'd like it….”

“Maybe for you, but not for me! Not everyone likes flowers, Petta!” He turned away and tossed the pot on the floor in a fit of anger.

The small Leo let out a small gasp when she heard the sound of the clay pot break. She quickly ran over to tend to the wounded plant. Tears formed in her eyes when she saw the bruised flower covered by bits of dirt and chunks of clay. The two were silent, and eventually she stood up and clenched her gloves in anger.

“Y-you’re a huge jerk, Arthur!!!” She cried and darted off in the opposite direction, “I was wrong about you, I…..I never want to see you ever again!!!!”

Arthur slightly cringed when she called him by his full name. Eventually, the warrior turned around once he knew she left and eyed the smashed vase next to his feet. He flinched a bit when he noticed how badly damaged the flower was.

The Puff quickly shot up and saw Bate standing besides him.

“T-Teacher Bate.” He said and stepped aside when the elder moved forward to examine the plant as well. He heard him sigh, and with much disappointment in his eyes, looked at his student.

“Do you know what this plant is called?”

“It’s called Dyna Star,” Bate informed him and stroked its small, fragile petals, “It’s a rare plant that was named after The Firsts' Guardian. Legend says a lone flower bloomed on her grave when The Great Kalamar Kalmari buried her after she willingly sacrificed herself to protect him. These particular flowers are said to be a descendant of the original.”

Arthur’s heart began to race upon hearing that. He….had no idea. Guilt and regret soon flooded the puff, and he kneeled down to touch the plant as well.

“It represents friendship, love, but most of all, courage.” Bate stated, “I believe Petta gave this flower to you, because you remind her of it. Dyna Star is a very special, honorable gift to be given, and you should’ve been more appreciative of it."

Arthur lowered his wings and looked up at his mentor. “I….didn’t know. I thought she was just trying to embarrass me.”

“Why would you think she would do that to you, Arthur?” He scolded, “She’s your friend. The fact she took the time to get you something, especially if its something she grew and raised from a seedling, should’ve been enough to know she would never hurt or try to embarrass you.”
-End Part 1-
​​​​​​Artist Comment:

This takes place during Arthur's birthday. Arthur invited Petta along but once he received her gift, he started to regret inviting her in the first place. D:,
I'll make a second part in the future.
Species © Nintendo/ HAL Laboratory
Interpreted characters created from said species © Rhylem