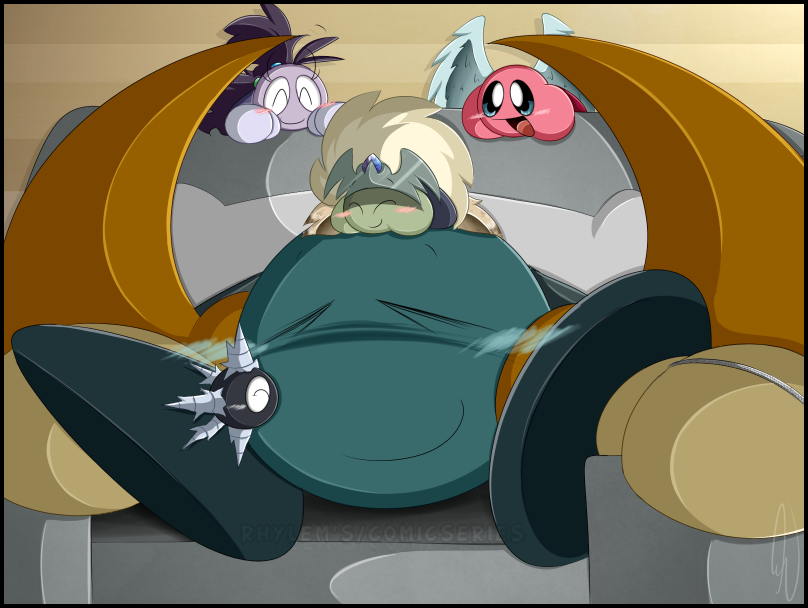 ​There was a time where babysitting five rambunctious toddlers deemed too much for a Star Warrior by the name of Bate. Even though he was much younger back then, those gumballs would put him through hell and back, and he has the scars, memories of hospital visits and a limp to show for it.

Once the 5 grew older and started families of their own, they entrusted him to watch over their children when they were unable to. Bate, who is much older, and isn’t up to par like he once was, didn’t have to worry like he once did with his boisterous students. In fact, Bate highly enjoys watching over his grand kids. Unlike the 5, they treat him with the upmost respect, and Bate would be lying if he didn’t say he felt spoiled at times.....

“Grandpa Bate!” Tula smiled as she climbed over the recliner to get to the old warrior. “Do you think we could go to the park later on?” She asked, but quickly added to her sentence since he knew he was tired from making them all lunch. “When you’re done resting, I mean.”

“Ummm....but if not....” Kirby started and lightly tapped his chin to ponder and alternative if his grandfather didn’t feel like leaving the house. “Maybe you could watch us draw!”

“Or read to us?” A small Gordo, the youngest of the four, spoke after his cousin.

“Or tell us more embarrassing stories about our parents!” Atticus giggled and nuzzled the elder.

“Hmmmmm, a small stroll through the park seems nice.” Bate smiled back at the group, and let out a small yawn soon after which got the toddlers attention. All four scrambled to the other couch and grabbed a pillow and blanket for him. A small blush couldn’t help but appear on Bate when they came running back and offering it to him.

“Oh, what did I do to deserve such wonderful grandchildren?” Bate spoke as each child huddled to his side to rest as well.
​​​​​​Artist Comment: