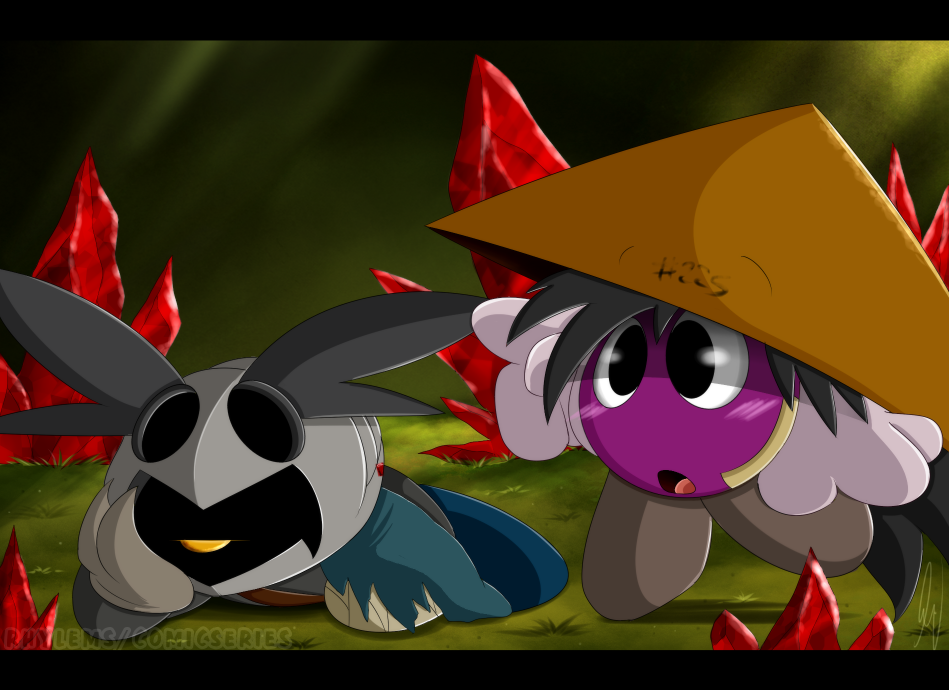 
​​
​It wasn’t hard to detect when someone entered the home of a certain, short-tempered Bukiset. He was able to detect the faintest of smell, and even the slightest of sound when they enter his cave. However, this was no ordinary intruder. It was someone he encountered time after time the past month. Seeing as it’s quite rare when he mingles to those in Kalmari, there was only one, annoying pest he could think of.

A loud voiced echoed, and Gravel found himself being caught off guard. He slightly jumped in surprise, not realizing how swift and stealthy he was. He didn’t know he could be so...sly. This caused him to narrow his eye in suspicion.

“What do you think you’re doing here?” He asked,

He watched as the little twerp ignore his question and stare in awe at the large, ruby pillars that covered the cave.

“Waaaw, this is where you live?!” His voice was full of amazement, “They’re so pretty!!!”

“……Pretty?” He questioned. No one ever said that about his crystals before. Everyone he knew were either scared or threatened by them.

This Sasuke….was an odd ball. Nothing he says seems to get through him- whether it be rude remarks or loud, threatening shouts. He wondered if he was ignoring him to get on his nerves, or maybe if he was just stupid.

“H-hey!” Gravel snapped when he saw him tapping his mask. “Stop touching me o-or....or I’ll kill you!"

Again, Ramset wasn’t phased by it and continued to poke his mask, and then his eyebrows. Gravel just sighed and and figured he wasn’t going to listen.

“Are you done?” He flatly spoke with little to no bite like before.

Again, nothing. Gravel just rolled his eye and let out a rather loud, irritated sigh.

"This better not become a daily habit for him...." He mumbled and allowed the Sasuke to roam his home. "I'm sure he'll get bored of visiting me sooner or later..."
​​​​​​Artist Comment:

​Curious little Ramset is interested in Gravel, and his home. The annoyed grub isn't amused, however.