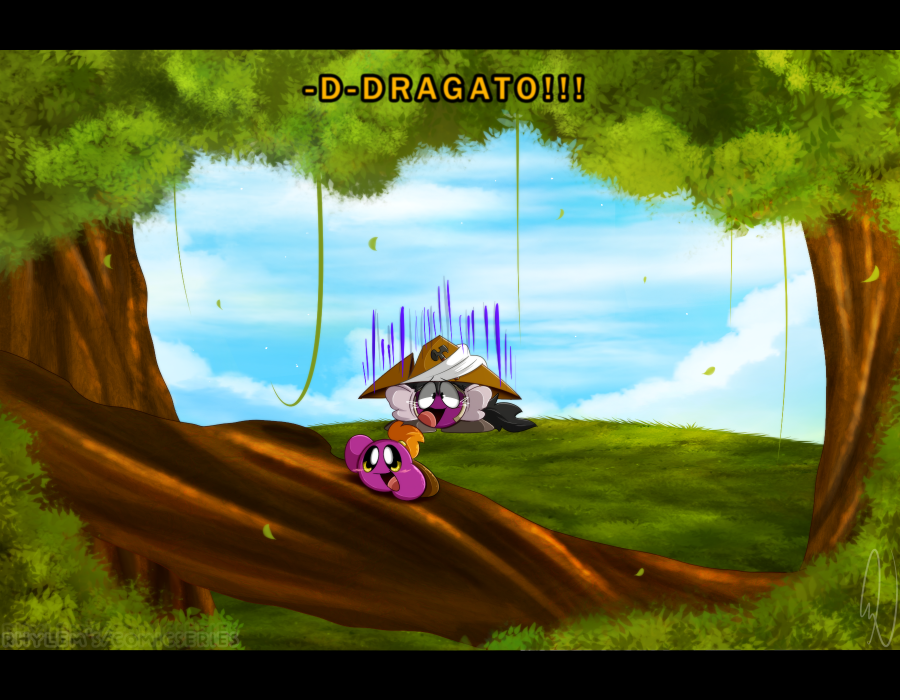 ​Before I was your Teacher
Sir Ramset / Dragato

​
​The small magenta Puff babbled to himself as he reached over to touch the soft, fluffy tuft of hair that belonged to the one holding him. Ramset reached up and tucked his loose strands of hair under his hat. He looked at his friend sitting across from him and gave a rather annoyed whine.

“And why in sweet Nova should I babysit him?” He said, not really interested in spending his afternoon playing house. “I don’t believe today called for me being covered in baby food and drool."

“Listen, you idiot,” Bate’s voice was less than amused, as he was already at his breaking point. “I already paid you in your stupid cereal weeks ago, so you better quit complaining and do it!”

“E-easy!” Ramset held out his hand when he sensed Bate’s temper starting to rise higher than usual. “What’s got your wings in a knot?"

Ramset watched as the elder lift up his mask.

“O-oh. You look….terrible.” The Sasuke pointed out when he saw how fatigued he was.

“Gee, thanks....” He mumbled and tiredly leaned on the table before closing his eyes. “I need a break. Dragato is extremely hyper when the others are sleeping. I can’t get him to rest, I can’t get him to sit down, and when I take a few minutes to catch my breath, he’s already across the house drawing on something he shouldn't."

"So you turn to me as your last resort? Last week you gave me Falspar, and he almost jumped off a cliff! How come I can't take care of the others, huh?"

"I'm not going to argue about this, Ramset, just take care of Dragato until he settles down. I can't have the others waking up." Bate spoke as he headed back to the living room to check on the other four infants. Ramset gave a small huff, and left Bate's home to care for the rambunctious warrior.

"Alright, little one. I guess you're stuck with me for today since you're too much of a handful for Wheezy." Ramset spoke to the child as he started to make his way back to Kalmari Forest. "Surly you won't be as wild as Falspar. Just don't go jumping off any ledges and we're good." He joked.
​​​​​​Artist Comment:

Well, Ramset, you didn't specify anything about climbing trees! XD

I think Dragato and Falspar are the two kiddos that Bate's unable to really care for since they're SUPER boisterous.  If Falspar isn't knocking things down, or flushing stuff down the toilet, Dragato is right behind drawing on everything he could get his hands on.