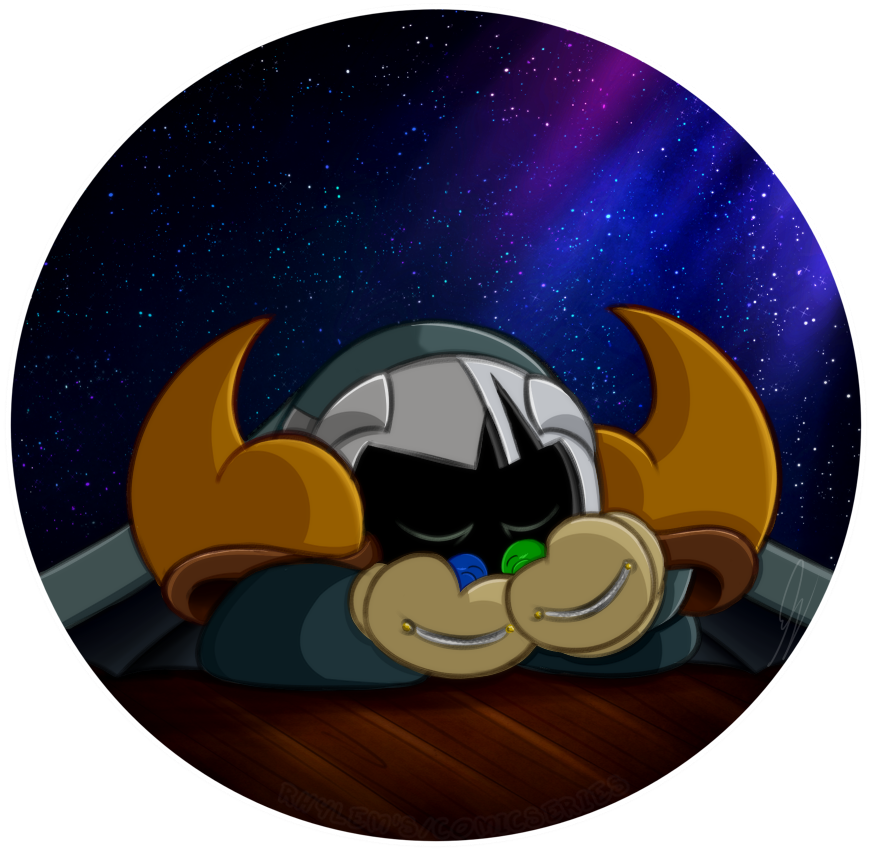 Bate panicked when two of the Puffballs he was babysitting started to cry. He picked them up and began to gently cradle them, hoping that would calm the frantic pair.

The Puffballs were completely restless and continued to cry in his arms. Still in a panic, the elder quickly thought back to when he was a kid. He tried to remember what his mother would do anytime he would start crying; maybe what ever she did would work on them, he thought.

He let out a sigh. He doesn’t know how to sing, let alone know what to say to coax the crying Puffs. He tried to think of the song she’d always sing, and eventually formed lyrics of the broken pieces of what he could remember. It was a long shot, but maybe his song would ease their nerves. Bate cleared his throat and gave a soft smile to the two warriors.

I will sing you a…lullaby?

You must be scared, without a clue,

Though his voice was quite gruff and raspy, the two Puffs started to settle down. Bate beamed in excitement and continued,

“I may look scary, but don’t be alarmed,

For you will be safe, in my protective arms.

Though I act cold, mean and distant too,

I will always be there to protect the lot of you."

The little warriors closed their eyes and nuzzled the elder. His unusual lullaby lulled them to sleep, to his surprise. He suppressed his happiness and closed his eyes as well. He whispered one last verse before nodding off.

“I promise, you two, we will never be apart,

I swear, you can trust me- cross my heart.