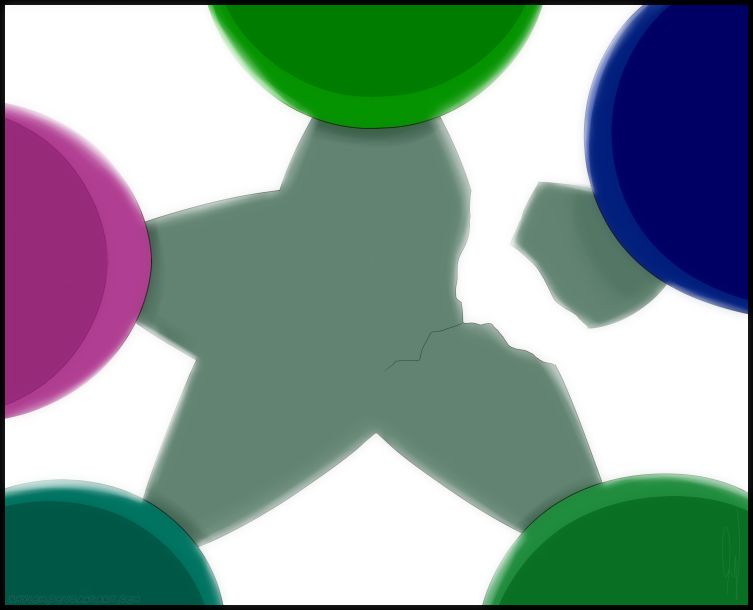 A few hours passed for the dust to finally settle. Meta felt horrible about what he said to Arthur, and after talking to Dragato about it, he knew he needed to apologize. He found him a few feet away, softly crying to himself.

Arthur looked at his comrade. "Yeah, well....I miss t-them too." He wiped the last few tears dripping down his face. "It's not like I didn't want to go back and save them. Believe me, I did....but I was given strict orders not to."

"I know, and it was wrong for me to snap at you." Meta lowered his head in shame. "I know you care about them just as much as anyone else...leader or not."

Arthur glanced back at the Warp Star he was holding. He smiled and let out a small laugh.

"H-hey, remember how Teacher Bate got mad at us for sneaking into his house and taking all of his reward candy?"

Meta looked at the Warp Star and lightly giggled. "Yeah, I remember that. He made us run laps the whole day."

"....so we didn't have to run anymore." Meta finished the sentence for him.

"But then Teacher Ramset found us...."

"....so we bribed him with the remaining candy so he wouldn't rat us out."

Both of them went into a fit of laughter. Meta smiled and stood up.

"Hey, what about the time we helped Teacher clean out his attic, and he gave us all his old toys?."

"You mean the time where you broke his leg?"

Meta pointed at his leader. "No, I mean the time where you broke his leg!"

"I didn't break his leg!" He shouted. "You're the one who left our toys next to the stairs."

"Are we interrupting something?"

"We heard shouting, so we came over to check." Dragato said.

"But it turns out it was just you two being stupid like usual." Falspar laughed.

All three walked over.

"Sooo....what were you two talking about?"


Dragato turned away from the group and tried to block out the laugher of all his friends. All five decided to lighten the mood by poking fun at each other by telling stories from when they were younger. Falspar decided to pick fun at Dragato by recalling the time where he colored all over Teacher Ramset's face.

"Hey! I didn't mean to color all over his face, I was still a baby!"

"Suuuure," Falspar nudged his embarrassed friend. "That didn't stop you from doing it again when you were 1,400."

Dragato lightly shoved Falspar and pointed to him. "What about you?! You gave Teacher Gordon food poisoning when he taught you how to cook!"

Falspar shrugged. "Oh, please, it only happened once, Dragato. Besides, I'm a better cook than all four of you combined!"

He pointed to the Puffball sitting across from him. "At least I didn't set Teacher Bate's kitchen on fire like Meta."

"Fanning the flames with my wings to get the food cooked faster sounded like a good idea." He mumbled.

"Was that before or after the roof got engulfed?"

All 5 burst out in laughter. Arthur smiled. Even though they lost everything, they still found a way to find some comfort from the loss. He pulled out Bate's Warp Star from under his helmet, and placed it in the middle of the group.

He placed his hand on top of the Star. "Let's show our mentors how much we've learned from them."

Dragato placed his hand next to Arthur's. "Yeah! Let's show them how fast we can dodge the enemy's attack...."

"...And show them how skilled we are with our weapons." Nonsurat added.

Falspar smiled. "And show them that we'll always stick together no matter what."

Meta looked at the group and nodded.

"Yeah.....let's promise to become the greatest Star Warriors in the universe!"


Hey, we know you can't hear us, but we wanna thank you for always being there for us. Thank you for teaching us throughout the years. Through the good, and the bad, we'll never forget what we've learned. Rest assure, we promise we won't let you down.
​
Class Dismiss,

THIS IS AN AU!
​
A sad, but happy ending nontheless.