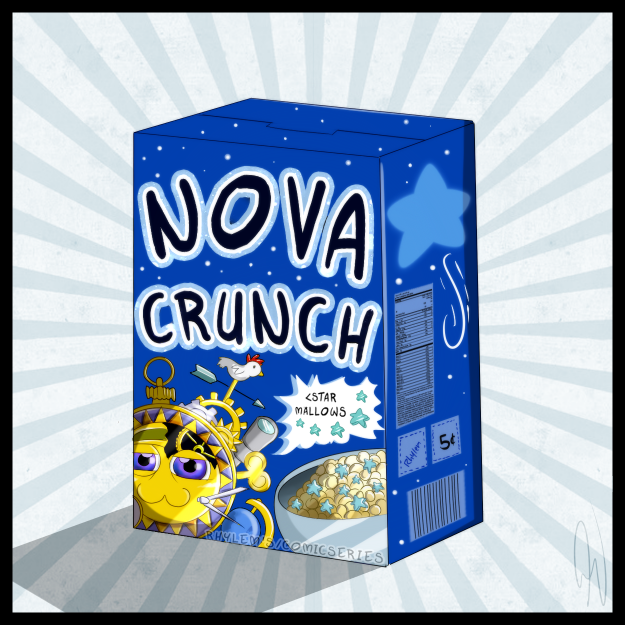 When he’s not keeping balance to the world and being your eternal deity, let NOVA be part of your balanced breakfast!

Original appearance was way back in 2013.(Click here to see) It was with a few random doodles, but I liked the idea of it, I thought it would be cool to make an actual item out of it.
Species © Nintendo/ HAL Laboratory
Interpreted characters created from said species © Rhylem
Nova Crunch © Rhylem