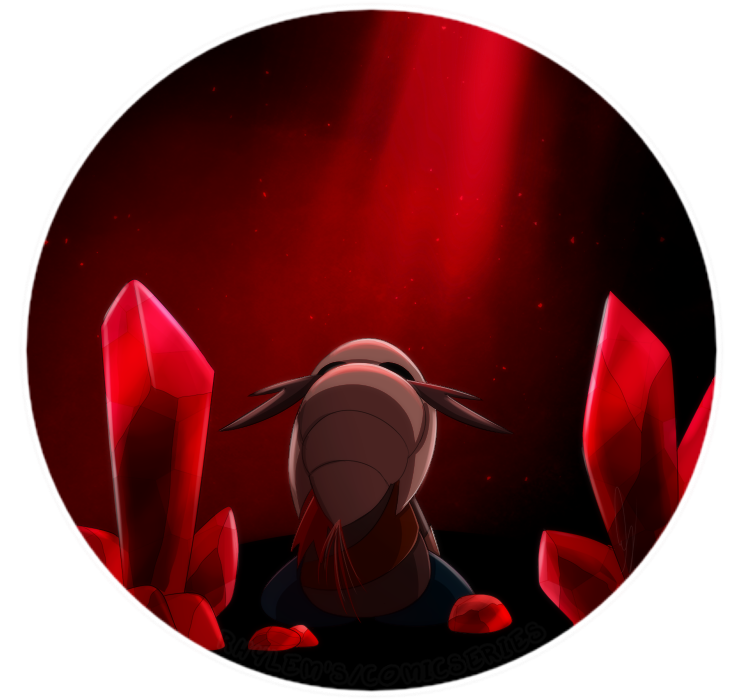 The ability to summon crystals is an extremely rare trait passed down from Gravel's clan. Anyone who is able to create such a thing is praised and worshiped- for they have adopted the trait of their legendary ancestors. Since there isn't many left who has this special ability, those who are blessed with it, are treasured.

Unfortunately there is a taboo crystal among the clan; The Tainted Blood Ruby. Anyone who summons the ruby is deemed unclean in the eyes of the family- for this is the only crystal that requires blood for it to be summoned. Worst case scenario is that they are killed off for their impurity and corruption. Gravel was spared from his death but is seen as a bad omen among them.
Species © Nintendo/ HAL Laboratory
Interpreted characters created from said species © Rhylem
Story © Rhylem