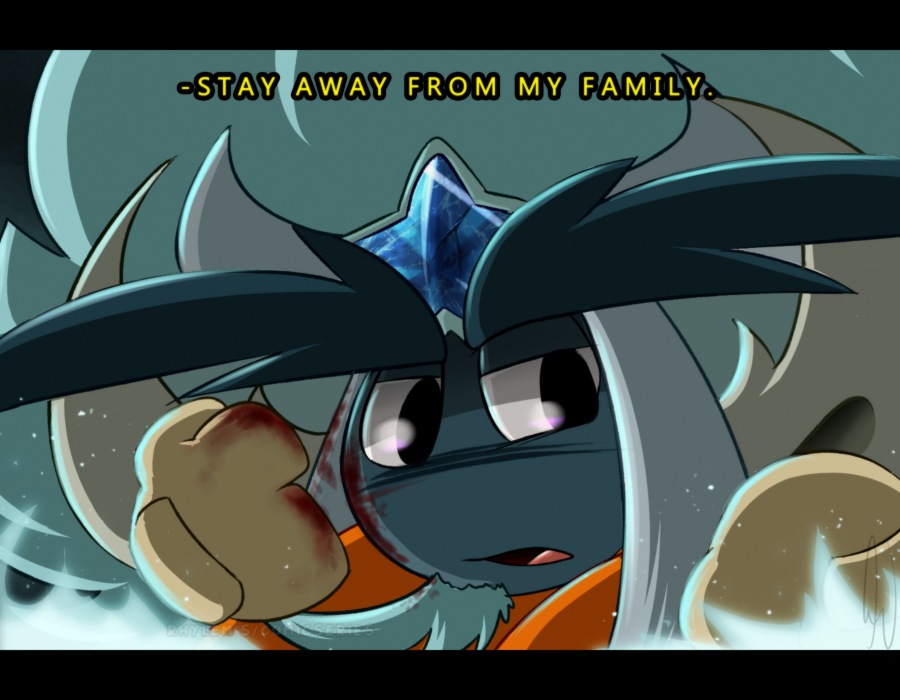 Just because I gave it up, do you really think I've forgotten?

Certain things.....stay with you for the rest of your life.

Of course I have not forgot,

I can easily disconnect myself when I need to.

I can still do it,

I can still kill.

Perhaps the real question you should be asking is....

After starting his family, Pyrell’s hostile, and deadly demeanor has become nonexistent. He moved past his war days, and focuses more on his precious little plum and hubby. Tula, after the adoption, has never seen that side of Pyrell before. He’s always calm, patient and so much fun to be around with. So it’s going to be very rare to see Pyrell act like his old self again. There’s only one thing that will cause him to disconnect from himself, and that’s if his family’s in danger.

If anyone threatens, (or even worse) physically harms Falspar or Tula, Pyrell will not hesitate to fight, or even kill. Just because he’s put it all behind him after getting married, doesn’t mean his killer instincts are all forgotten. If it means protecting his family, Pyrell can, and will do it. He is, however, more level headed than before and won’t immediately go for the kill.

Instead of blindly attacking like his past, he’ll hold back and give them a chance to explain themselves. He’ll throw a few punches, use his fire, and demonstrate his raw power to them in hopes that’ll scare them to the point where they regret their actions in the first place. He won’t kill unless they attack him back, and he feels like his life is at risk. Pyrell, unlike before, gives them a second chance. If they’re wise, they’d take his mercy and leave.

Pyrell is considered one of my strongest characters in the later generation arc, so anyone who’s foolish enough to mess with his family is gonna have a bad time.
Species © Nintendo/ HAL Laboratory
Interpreted characters created from said species © Rhylem