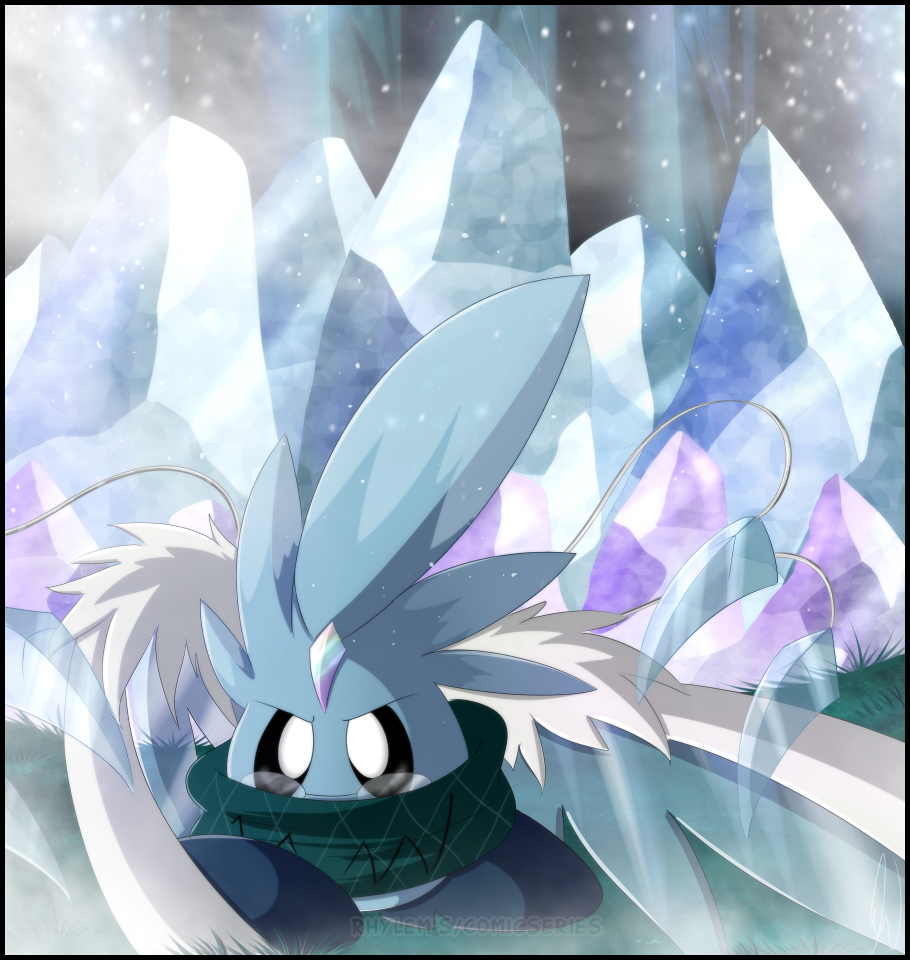 I do not condone fighting, but if you threaten the future of
our kind, I’m afraid I’ll have no choice but to step in.

Allow me to introduce myself....

My name is Lady Atka, and the one you’re about to kill is my
Master. I cannot allow you to do such a thing, so please
prepare to fight me.
​​​​​​Artist Comment:

Atka’s quite formal, even when she’s going to fight.  And on a side note-  SWEET LITTLE ATKA IS DOING WHAT NOW?!!! oAo;

Although Atka is a kind spirit who doesn’t condone such a horrible thing, she will put her beliefs aside if one were to endanger the life of a Star Warrior or Guardian. Don’t let her fragile appearance fool you as it’s not wise to underestimate her. She’s not the type to step in the midst of certain things, so when she has to actually interfere, you’re definitely asking for trouble. >A<;

The move you see Atka using is called ‘Cold Front.’ It's more of a defensive move as she's changing the surroundings to better suit herself. Since she's an ice based Sphere Doomer (or what I call Snow Doomer >u< ) she prefers to stay in colder climates. Anyways, I would tell more about it, but I wouldn’t want to be spoiling a chapter now, would I? x)

The context will make more sense when I post a certain page later on. This was just a small teaser, so wait and see!!  >u<;
​