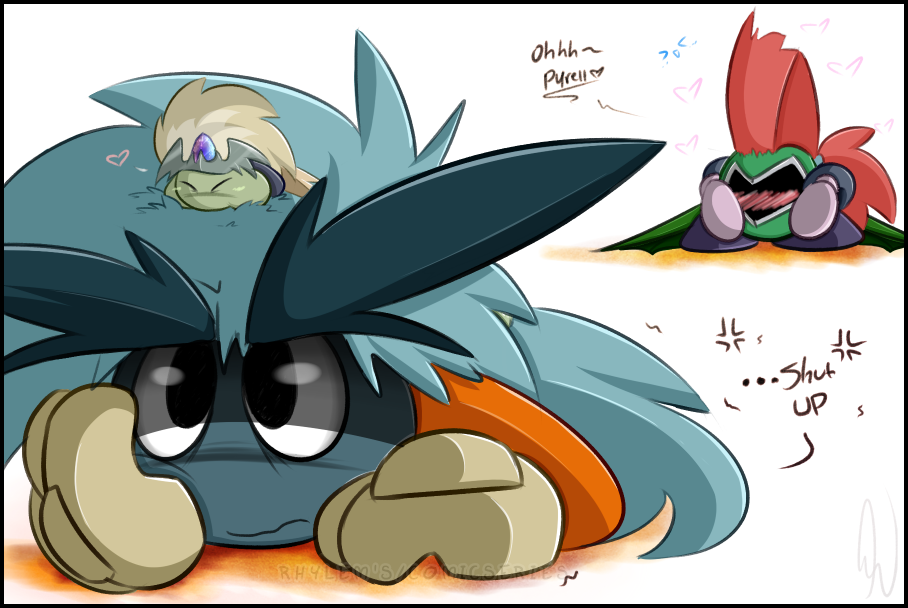 “Wow, Pyrell, who knew you had a way with the kiddo.” Falspar stood behind and watched as his nephew snuggled with his comrade. He didn’t expect someone as timid as Atticus warm up to someone like Pyrell. A smile formed on his face when the toddler let out a small yawn and slowly started to doze off.

“Oh, just wait until I tell Arthur,” He cooed as a small blush formed on his face.
​​​​​​Artist Comment:

AU if Atticus met his uncle Pyrell before the couple adopted Tula. x)
​
Even though Pyrell is a bit unstable and quite violent, he would never show that side of him when a child's around. It's a belief he stands by since he was abused at a very young age. When Falspar happily offered to babysit (even though Pyrell isn't too fond of Arthur) he put aside his harsh behavior for the time being.

Atticus likes being around him since (being a Leo) Pyrell is quite warm....oh- and the eyebrows. He likes to poke them
Species © Nintendo/ HAL Laboratory
Interpreted characters created from said species © Rhylem