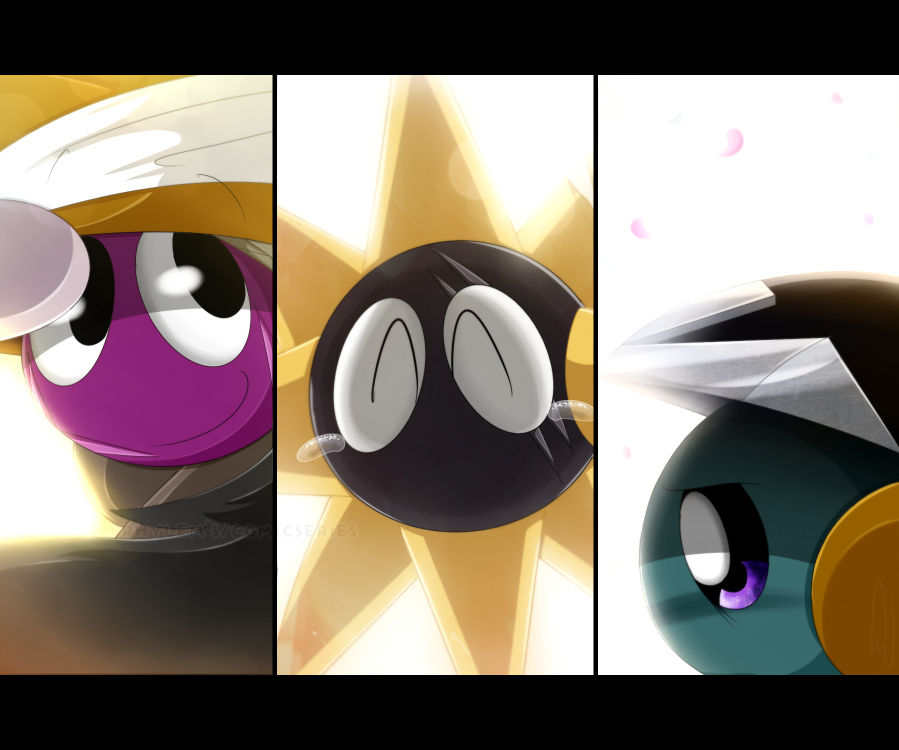 ​"The loneliest are the kindest, the saddest smile the brightest, and the most damaged are the wisest.

All because they do not wish to see anyone else suffer the way they do."
​
​​​​​​Artist Comment:

During his days in Central Crux, Ramset was chained up in a small cell most of the time unless there was work that needed to be finished. He was terribly lonely during those years, so once he finally escaped, he’s become extremely social to anyone he encounters. Ramset will never let anyone suffer loneliness like the way he did, so he’s always looking for new friends to meet, and cheer up~

Once Bate lost Ellie, Gordon (Even though he was dealing with many losses of his own) tried his best to be strong and supportive for Bate. He always had a smile on his face and did his absolute best to help his friend. Of course, once Bate tried to commit suicide, Gordon cracked and finally poured his emotions to Bate while he was recovering in the hospital. Even after that incident, Gordon will always be there for his family, and students so they never have to bear the pain of loss on their own.


Bate, the most damaged:

Dealing with the loss of his mother, brother, student, wife and children- Bate’s been hurting for a long time. Hurt beyond repair for many years, he’s done horrible things to himself, and to those around him. It took many years to finally rebuild his life again, and because of it, Bate does tend to have insight of many things when something is troubling the five, and (in the future) his grandchildren.