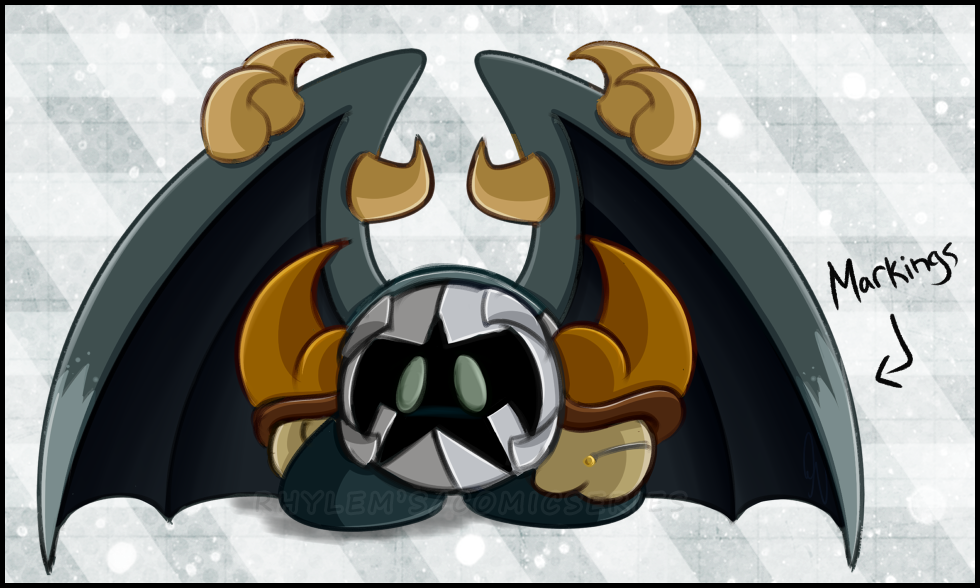 Other than his purple eyes, this is the second design change I was going to give Bate in the comic series.

I decided to give him markings for 2 reasons:

- The markings I gave him represents his restored faith in being a Star Warrior again. He abandoned the title at a young age and his Guardian (Atka) even stripped her title as his protector. Both of them never mentioned what or who they were until these recent chapters; which was about 2,000 years later. Because Bate finally accepts his title again (along with sacrificing himself to protect another Star Warrior-Meta) he was given the markings of 'The Guardians' when his Warp Star was healed. Having said markings will always remind Bate of what he is if he ever starts doubting himself again.

And to elaborate a bit more on him having so-called 'Markings of a Guardian'- It also has to do about him and Atka. (Since Atka was involved with this as well) Unfortunately it's going to spoil something really, really big if I do end up keeping it.  D:, So I won't be revealing it unless a vast majority doesn't like it. ><;

-The second reason isn’t as serious as the one above. It just reminds him of his family. The purple eyes representing Emma, and the markings for Kade. I just thought it was cute aside from the real reason behind it.  <3
Species © Nintendo/ HAL Laboratory
Interpreted characters created from said species © Rhylem
Story © Rhylem