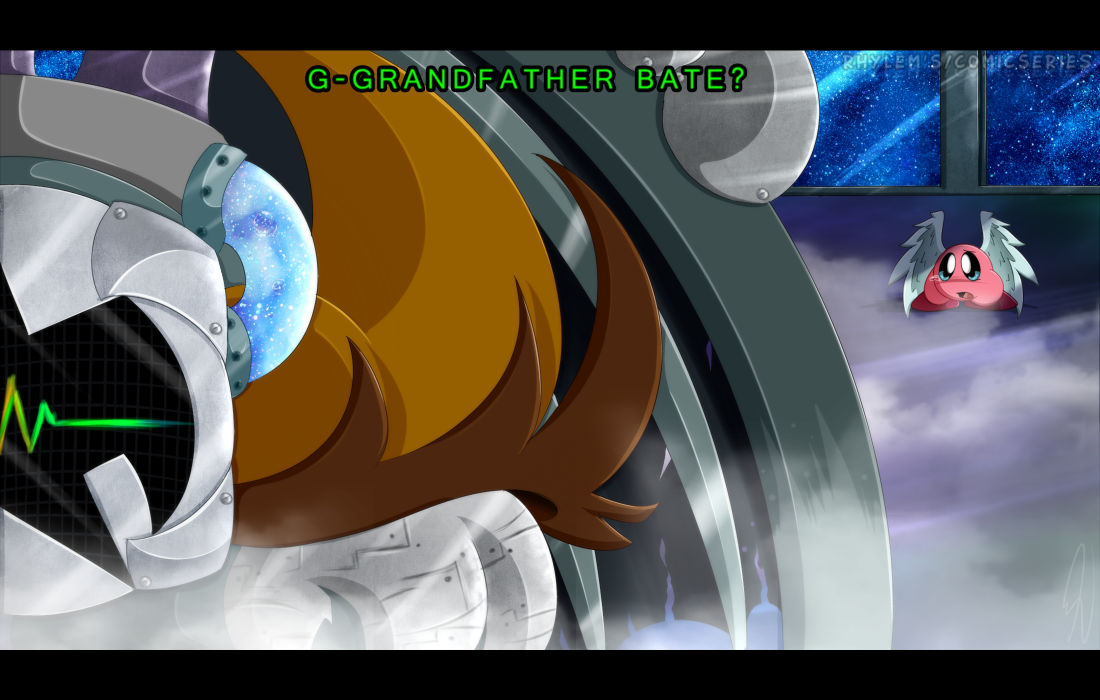 “And your final opponent will be....a familiar face, I’m sure.”

She spoke in the distance as her prized weapon was brought into view. “Someone you’ve grown to adore over the few years you’ve been living on this dated planet. Please, I’m sure he’d love to see his grandson after being separated all this time. In fact...” Her voice rose as she happily placed a hand on his pauldrons. "All he's been doing since his....."arrival" was calling your name. It'll be a shame if his wish went unheard."

​It was then Kirby got a good look at the figure when it finally appeared. Although it was heavily covered in gears and machinery, the large wings sporting the familiar talons quickly gave it away, and Kirby couldn’t help but step back in mild confusion when he realized what he was looking at.

After Meta Knight's defeat, it's now Kirby's turn to take on B.A.T.E....though I'm not sure he was prepared to see that his final opponent is his grandfather. >x<;;
Species © Nintendo/ HAL Laboratory
Interpreted characters created from said species © Rhylem