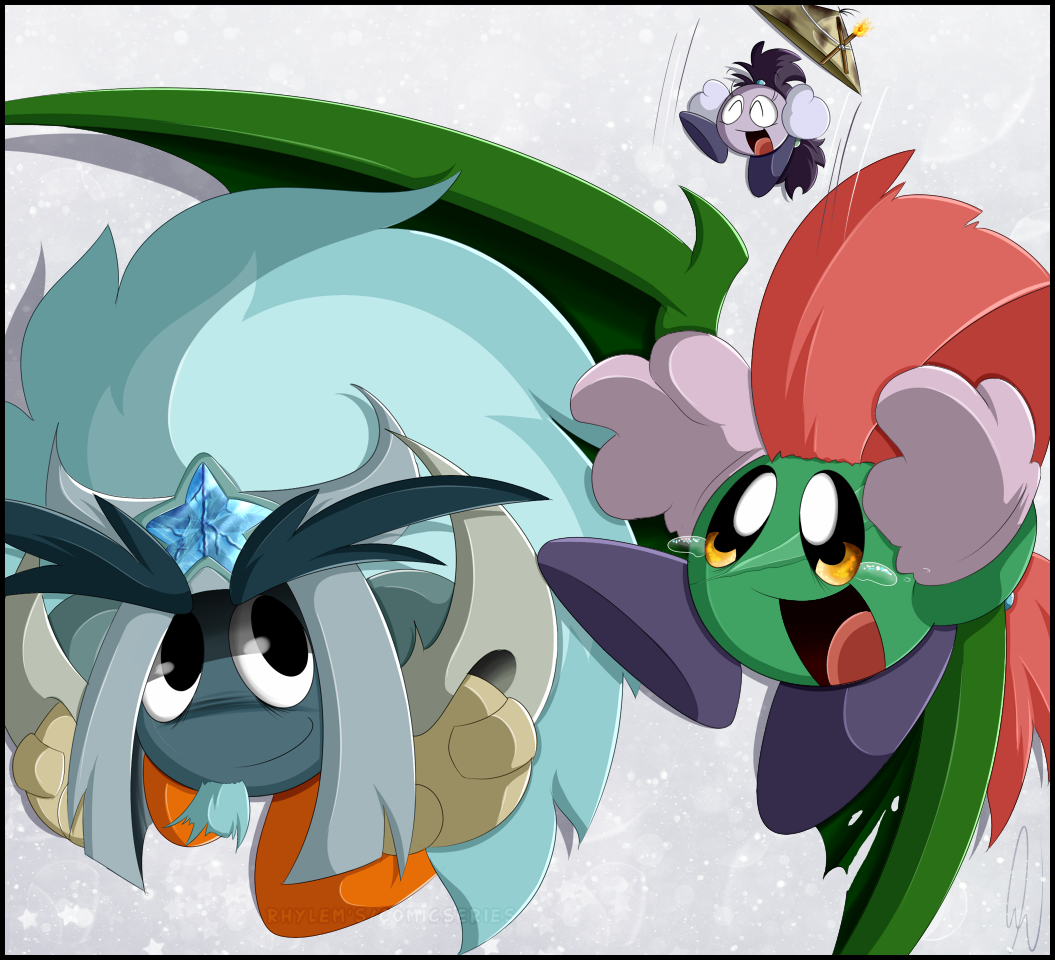 The little plum you see pictured above is Falspar and Pyrell's adopted daughter, Tula. And yes, she is a Sasuke! Though extremely young, she is very skilled in the art of fire breathing. The two torches she carries to achieve such a thing are strapped to her hat. Just like Ramset, with being able to store certain chemicals in their bodies (Read OMV for my headcanon), she uses her ability to store fuel.

Like all parents, Falspar and Pyrell are very protective of Tula. While they don't mind her fire breathing, (In fact, both support it) they will not hesitate to come to her defense when she's in danger. Seeing as both fought in the war, they aren't ones to be messed with.

Regarding Pyrell-  Even though many portray him as hostile and dangerous in the Town of Kalmari, Tula will rarely see that side of him. He's a HUGE teddy bear and will never show a hint of anger nor agitation when she's around. His anger has greatly lowered to the point where he's somewhat learned to control his rage induced episodes, since the last thing he ever wants to do is hurt his family. Because of it, he's grown to accept the foolish antics of Falspar seeing as Tula's quite the same.

Regarding Falspar- Falspar sees Tula as his absolute pride and joy. Even with his carefree, wild nature, Falspar will still show his fatherly instincts when needed. He isn't afraid of being stern when things get out of hand since, believe it or not, Falspar is a very responsible father when it comes to Tula's safety....to some extent, obviously. Falspar wants to raise her like how Ramset raised him- Slightly strict, but still lenient to the point where each day is an adventure.

Other than that, I hope you enjoy the new addition to the family! =D
Species © Nintendo/ HAL Laboratory
Interpreted characters created from said species © Rhylem