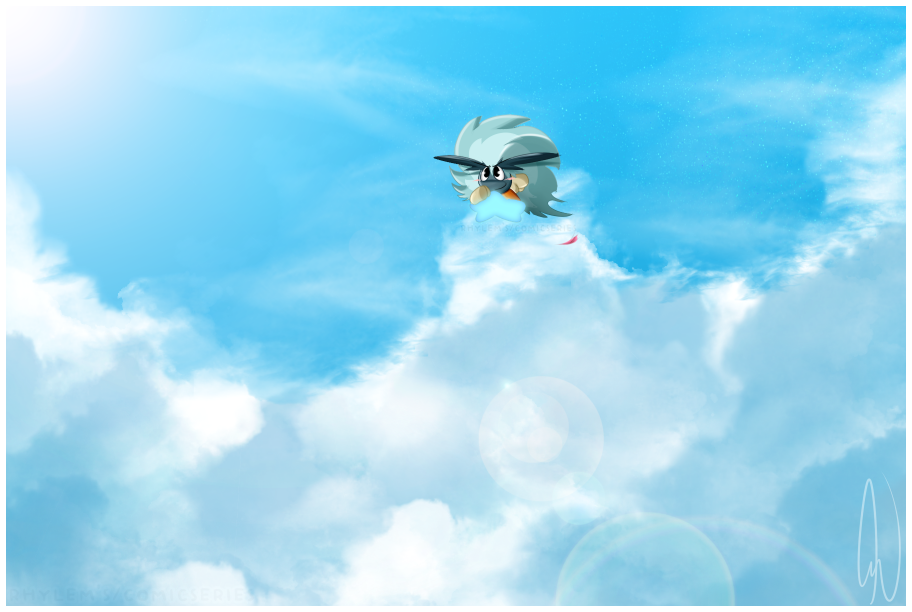 ​"The bonds we form with our other halves are quite extraordinary, Lord Pyrell.”

She led him to a room where she once enlightened a certain, wingless Star Warrior about one of the brothers in the Legendary Three.
When Pyrell entered, he looked around and noticed there was a large wall engraved with many hieroglyphics. In the center stood a
​Squishy with two Guardians next to him. Atka motioned him to come closer as she took one of his hands and placed it on the tablet.

“What you described greatly reminds me of another Star Warrior. He, too, was able to communicate, and use his Warp Star after the
death of his other halves.” ​She said focused on the image in front of her. “Lord Kelderon Kalmari.”
​​​​​​Artist Comment:

This concept I've had about the relationship Pyrell and Drani shared is a bit old. I don't know why I felt like taking about it all of a sudden. >v< I hope you enjoy!

From the passage and illustration above, you see Pyrell was able to use his Warp Star after the passing of Drani. This is a HUGE deal in my series. If you're lucky to survive the loss of your other half, the Warp Star you once both shared is split in half, and you will no longer be able to use it. The bond between the two of you is completely broken if the other dies.
​
But before I say anything else,  I should mention Pyrell always had trouble using his Warp Star from the very beginning. I stated before that his Warp Star cracked as a child when he and Drani formed their bond. He was never able to ride it like the others- which is why he used it as a accessory on his armor instead. He was a bit of an unfortunate case- Couldn't summon his Warp Star, couldn't ride on it. Poor Pyrell isn't seen as what many look for in a Star Warrior.

Skip to the conversation Pyrell had with Atka. (The passage above.) I had an old illustration as well, but, y'know...never posted it. :T

Pyrell goes to Atka and tells her something even she can't believe. The Warrior, whom lost their Guardian....was able to use their warp Star? But how? It was unheard of! Sensing how shocked she was, the Leo starts to explain his extremely long story of the events that lead up to the summoning.

His flashback takes place when Falspar was mourning over his beloved Teacher, Sir Ramset. Over the weeks, he's noticed a huge change in his husband. He stopped smiling, he refused to talk, or go even get out of bed from days on end. Pyrell knew the loss of his father figure made a large impact on him, and just like how Falspar comforted him when he lost Drani, the Leo knew he had to do something. Moving on from such a loss wasn't going to be easy. It was hard for him to start a new chapter when his Guardian died several years back, but when Falspar proposed to him, he knew he'd be able to finally move ahead. What in Sweet Nova could he possible do to express that sort of love and dedication to Falspar as well?

Several more days passed, and Pyrell finally came up with the idea of adopting, and starting a family together. After circling all the adoption shelters in West Nova on a map Bate gifted him, Pyrell set out with high hopes of finding that special someone.

Of course, things didn't turn out the way he expected. Many towns in West Nova are extremely conservative, and refused to entertain Pyrell once they found out who his significant other was. Each time he would mark an X on the map, and each time he would immediately head straight to the next. He wasn't going to give up that easily, he knew there was going to be someone who'll look past what everyone else had assumed. They'll see something in him what the others clearly hadn't.

Pyrell, now on the brink of tears after making the final cross on the map, sat in the dark alley way of the final shelter who rejected him. The map, once filled with circles, now all had crude, red X's on them. Defeated and crushed from the whole ordeal, Pyrell angrily threw the adoption papers aside and sat in silence.

After several minutes, Pyrell's attention was caught when he saw something pink land next to him.

He quickly straightened his posture once it landed, and gently picked it up. He inspected it for only a second, until he noticed something on the parchment below. Grabbing the map, his heart started to race when he realized there was one shelter that was still circled! Pyrell quickly grabbed his papers before running to the direction of the shelter. This was it! Something told him this was going to be the one....that is....unless a giant body of water is separating them.

Being a Leo, Pyrell wasn't sure how he was going to get across. He wasn't a good swimmer, and the area around him didn't house any boats for rent. But he knew he had to do something! Falspar would do anything for him, and he was determined to do the same. As Pyrell prepared himself to dive in the water below, his reflection caused him to stop for a moment.

His headpiece....there was something different about it. Not breaking his contact from his reflection, Pyrell reached up and touched his Warp Star.

Atka listened quietly as Pyrell continued to tell his story. He informed her his Warp Star wasn't cracked, and he was actually able to summon it! Even though his balance was VERY clumsy due to never riding Warp Star before, Atka was quite piqued when he described what it was like. He touched the clouds above, he raced with the wild sparrows who glided next to him, and as he lowered himself to touch the water below, a figure in the reflected water almost made him fall off. For a moment, he could've sworn he saw Drani flying right besides him.

Hearing this immediately caught Atka's attention, and she raised her tail to halt his story. Gently taking the cracked star in her possession, Atka lead the Leo to a room that adorned many hieroglyphics of the Legendary three. This is when Atka tells Pyrell there was only one instance where a Guardian was able to communicate with their Master, and it was that of Lord Keldoeron- the Conductor of Guardians.

I'll stop here for now.  Maybe I'll continue their conversation later on. I did draw one more thing with them, but it's been sitting in my files.

Among other things, this is why Atlo hesitated when talking to Tula the night she hurt her hands. He called Pyrell finding the shelter a stroke of luck, since he's unable to explain how Pyrell was able to summon his Star. It's a VERY rare thing to happen. So rare, Lord Kelderon was the only known record of it happening.

Pyrell was not able to ever summon his Warp Star after this.

Drani truly loved her master, as did Pyrell. Because of it, they were able to do what many thought was the impossible.
Species © Nintendo/ HAL Laboratory
Interpreted characters created from said species © Rhylem