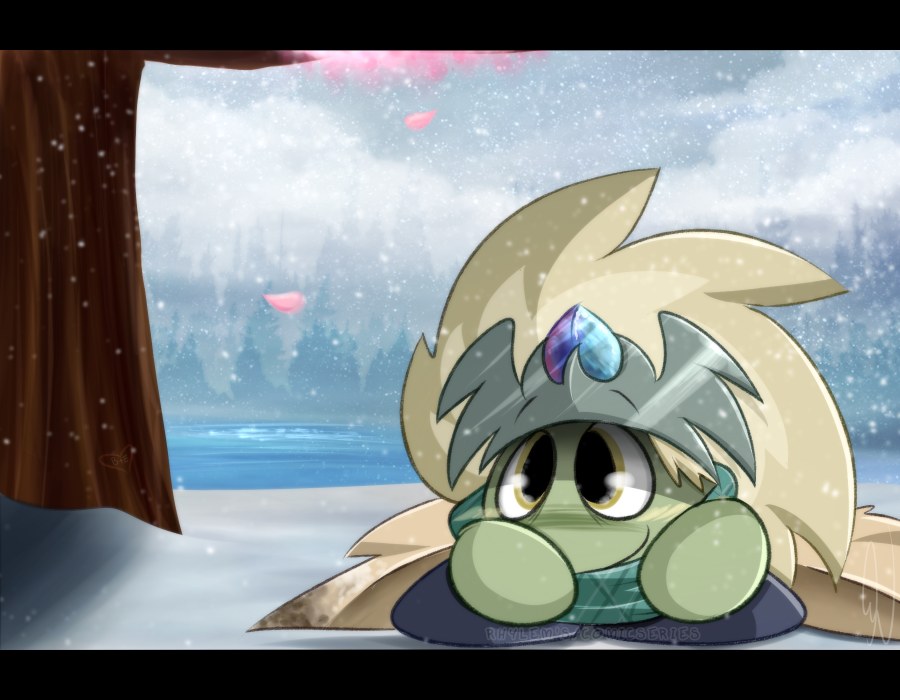 ​
​The snow lightly crunched when Atticus stepped on the untouched bed of snow. Slightly shivering a bit, he bundled himself into the scarf his grandfather gave him and continued on. Snow….was not like rain. It was quieter, gentler and more enjoyable to be in. Even though Atticus knew the snow was colder and much more dangerous for him, he couldn’t help being out during these winter days.

I can picture little Atti having a love/hate relationship with the snow. He loves being in it because the surroundings are so quiet and peaceful during those days, but hates it because his temperature drops twice as fast. He has learned, however, to properly distribute heat throughout his body so he can stay out more. (It just takes a lot of energy to maintain.)
Species © Nintendo/ HAL Laboratory
Interpreted characters created from said species © Rhylem