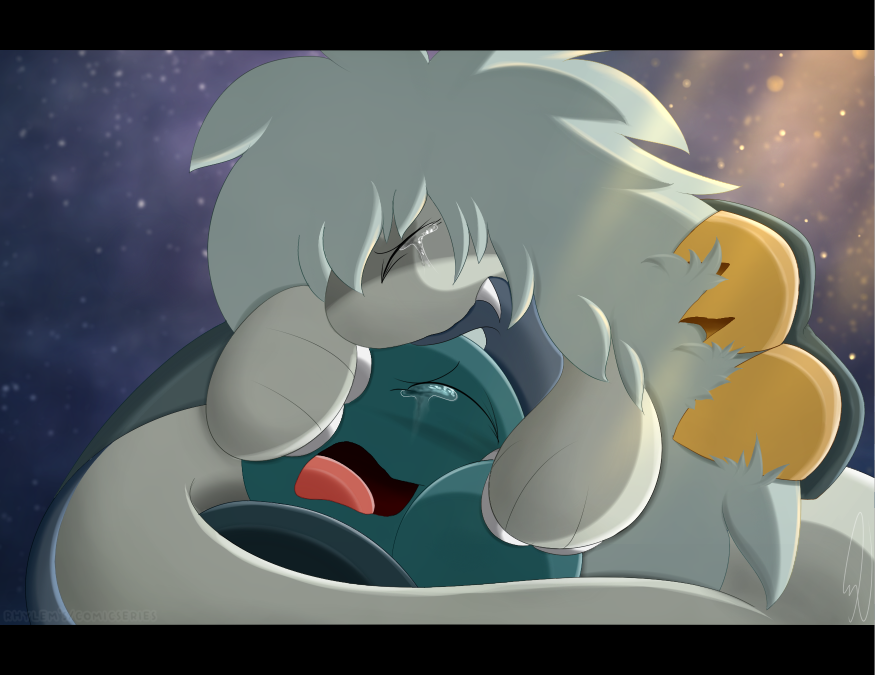 I think out of all my characters, Luna has to be in the top 5 of worst childhood stories. (I never officially made a list, but the others would include- Pyrell, Cite, Tula and Ramset.) Being tested on by someone you trusted and suddenly waking up several decades later with absolutely no memory of what happened. Everyone you know has either died or has aged, and you have a feeling like you did something bad, but you don't know what it is.

I know I didn't write much about it, but Bate and Luna were close childhood friends. While Bate was working in Central Crux, Luna was basically his only friend. They would always work together, play during breaks, and eat lunch together. When Bate would  be too tired to fly back home during late shifts, Sobek (Luna's dad) would always invite Bate to stay at their house. When Bate left for the war, he promised Luna he will return, and he'd use what savings he earned to get her and Sobek out of Crux so they can all live together elsewhere. Of course that never happened because when Bate paid a visit several years later, Shieff informed him that Luna and Sobek died.

The truth has finally revealed itself, but at the cost of so many lives.
Species © Nintendo/ HAL Laboratory
Interpreted characters created from said species © Rhylem