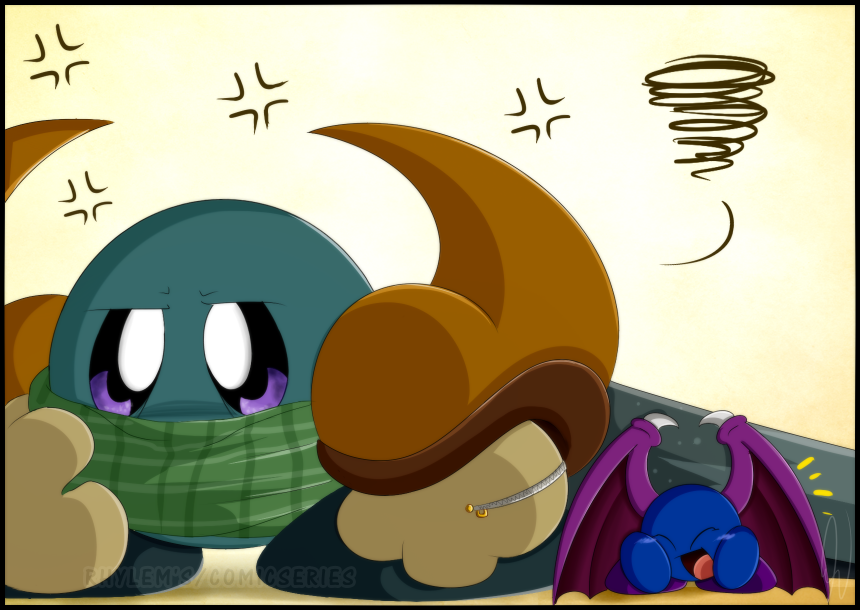 I guess it only works for Lady Atka.

I had an old concept where Bate wore a scarf when he goes if he’s not wearing his mask.  I dunno why it never made the cut, probably ‘cause I sucked at drawing scarves back then. XD

Maybe I’ll add it in when he first arrives in Kalmari since he was still a shy little cream puff. >u<;
Species © Nintendo/ HAL Laboratory
Interpreted characters created from said species © Rhylem