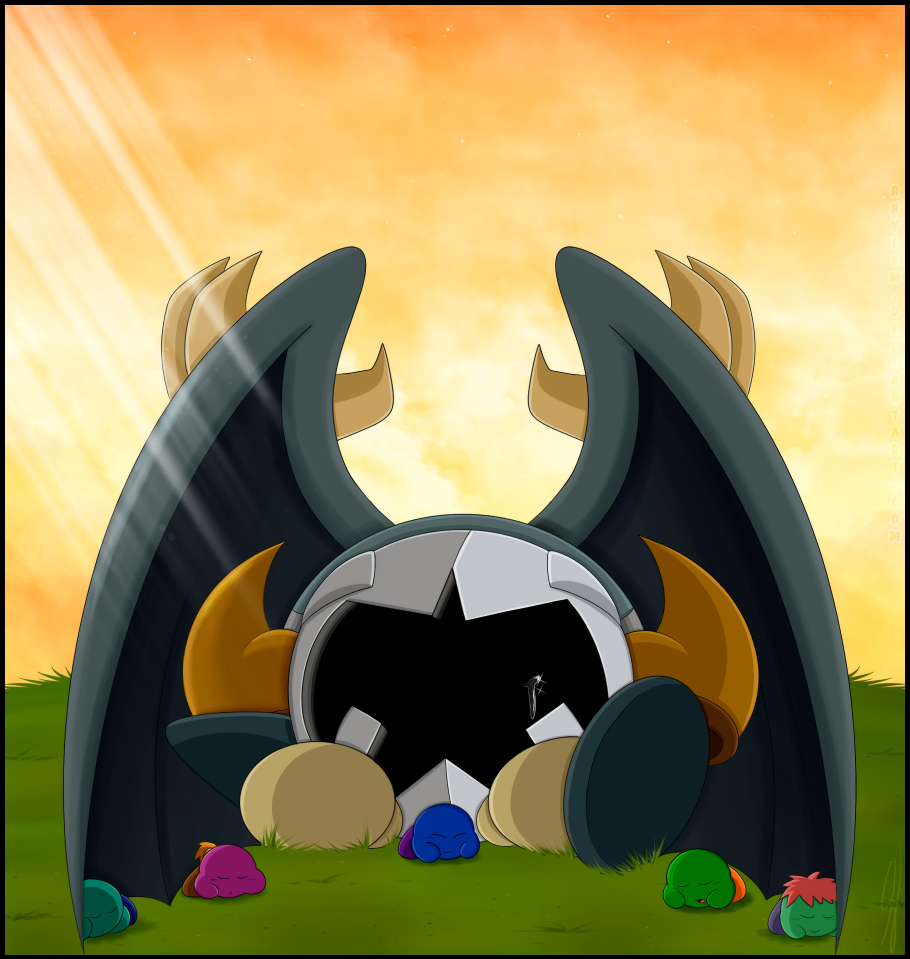 He doesn't express his emotions like he used to,

There are days where he keeps me guessing,

His carefree, boisterous attitude is nothing but a wall of bitterness and anger.

As months turn to years, I keep asking myself the same question each day...

Will I ever see my best friend again?

I wish that, maybe, one day, someone will come along to break the wall he put up.

It's hard to explain, but my wish was answered.

....Erm, in the form of five toddlers, apparently.

But I don't care.

I can see him slowly changing,

The happiness that's been buried for years is starting to shine again.

I know he'll never admit it to anyone, but it's okay....he doesn't have to.

Just knowing he's smiling again is good enough for me.

The death of Ellie all the way to the arrival of Ramset was a very difficult time period for Gordon. He didn't just lose his family, he also lost his best friend in a way. So when Meta and the other 4 arrived...you could say he (and Bate) got a second chance.
Species © Nintendo/ HAL Laboratory
Interpreted characters created from said species © Rhylem