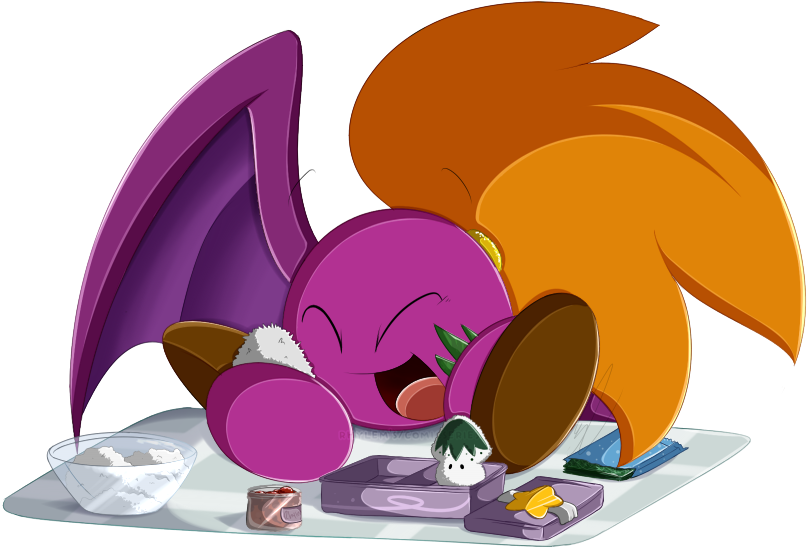 I have a small headcanon about Dragato after reading an old story I never finished.

I like to think that Dragato has a huge fascination for bento making. He's an artist, and making lunches is sorta like an art. <333 He took up the hobby when Cite injured himself. He broke his arm, and because Cite relies on his crutches to walk, he was unable to go much of anything. He couldn't even draw to help cope. Dragato had an idea to cheer his friend up. After talking to Bate (Ellie used to make him bentos when he was younger) the old warrior helped him make a special bento for Cite. ^o^

Dragato found it quite fun, and now loves to make bentos for him and his comrades. It also really cheered Cite up, too! When they aren't drawing, they like to spend the day making and swapping bento lunches.
Species © Nintendo/ HAL Laboratory
Interpreted characters created from said species © Rhylem